Like many wargamers of my generation I have a 'normal' life outside my hobby and that includes a wonderful wife and two great kids. Last week I foolishly agreed to let my youngest daughter write a guest post for this Blog about her experiences as a young gamer. I instantly regretted the power I had just handed her and having read what she has written I now know I was right! Very funny though...

My dad, being a gamer, is sometimes fun and sometimes annoying. There are times where his games are exciting, like when we played a game set in the desert. But there are other times when he has taken a game FAR too seriously for me to enjoy! Dad does a wacky victory dance each and every time he gets a point even though he looses afterwards. [No I don't! - BL] Whenever my dad looses he says it’s because he let me win!

He pretends to be funny by imitating fictional characters like Han solo from star wars when we play X-Wing. He also thinks he is funny when he does a silly voice... when will he learn?!

Some of my dad’s games I think are a bit childish, like the board game BEOWULF which a three year old could play, and he’s 46! (Grow up dad!) There is one game I love which is called Lord of the Rings Risk, but dad says it is too long to play... but he only says that to get out of it because he knows I am going to win! 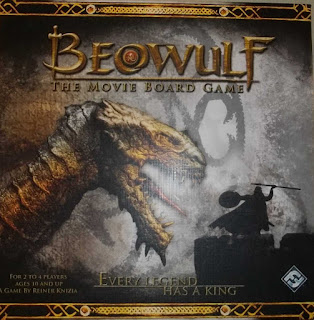 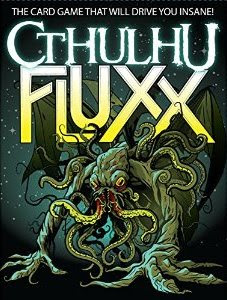 I like boardgames and card games. One of my dad’s card games is called Cthulhu FLUXX, it’s a game where the rules change constantly during the game. I like it because usually I win or nobody wins! I also like it because I arrange my cards to the point that my dad lays his last good card and I place a totally different card over it (that’s how I win). My tip is that if it is a card game you have to have a face like you don’t have a trick up your sleeve, then surprise them. You also have to plan you trick carefully and swiftly. If you are new to a game don’t play it safe, you have to be competitive.

When my dad writes and describes me as his 'Padawan' he is mistaken because I am the master and dad is my Padawan. [True - BL]


I guess I asked for that! I never knew I'd created such a competitive gamer. The gloves are off for the next game we play!!
Posted by BigLee at 07:36