The Flames of War rules for LRDG Chevy trucks state that crew can dismount as rifle teams. Personally I don't see the point of swapping a vehicle bristling with heavy machine guns for an infantry rifle team but the option is there if the players can see a use for it. I've modelled my dismounted crew on small bases (the same size as command units) with two figures per base. 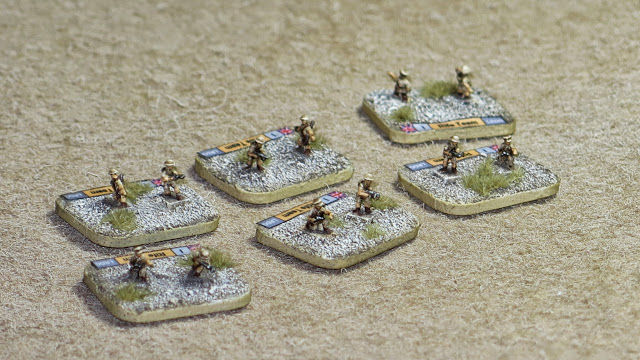 I've only painted six bases because I expect them to only be on the games table for a short while and probably never more than a couple at the same time. I couldn't find any irregular infantry figures to represent the varied and unconventional dress of these men so in the end I opted to use regular British Desert Infantrymen. 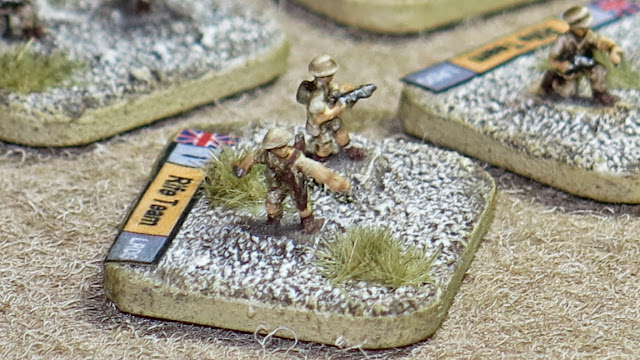 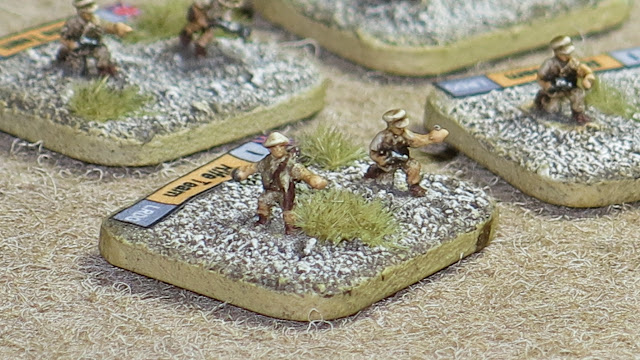 As well as allowing crew to dismount if they wish I also plan on allowing crew a chance to survive if their vehicle is destroyed, similar to the rules for passengers Dismounting Under Fire from destroyed transport vehicles. Many of the detailed action reports I have read tell of LRDG crew calmly leaping from wrecked or burning vehicles and escaping capture by evasion or by mounting other vehicles. I really wanted to show this in my game and decided I needed to tweak the existing rules to reflect the toughness and daring of these desert warriors.

Dismounting Under Fire (LRDG)
When you destroy an LRDG Vehicle, make a 4+ Passenger Save to see if the crew survive. If they do place an LRDG Rile Team next to the destroyed vehicle. Crew that Dismount Under Fire in this way may immediately move up to 4"/10cm in any direction, but not closer to the shooting team. In night fighting encounters where visibility is limited by darkness, bailed out infantry teams can be removed from play (deemed to have escaped into the night) if they end their move 12" from the nearest enemy team.

I think this new rule will open up some interesting options for players to consider and will certainly cause a few headaches for axis players desperate to claw back victory points by destroying LRDG raiding patrols. 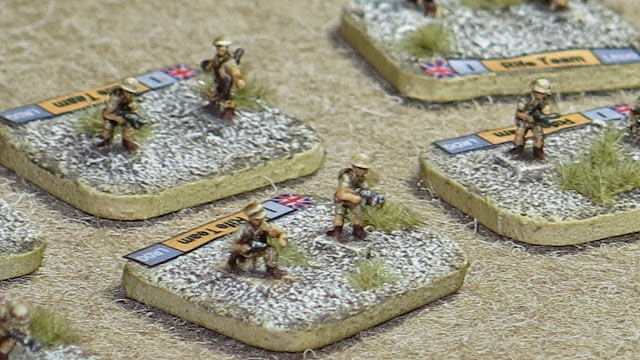