Its been a bumper book months for me with a large pile arriving in the form of Birthday presents in the middle of the month. It'll take me a while to get through them all but unlike March which was a complete write-off as far as reading (or anything else) was concerned, this month I have had time to relax with some great books. 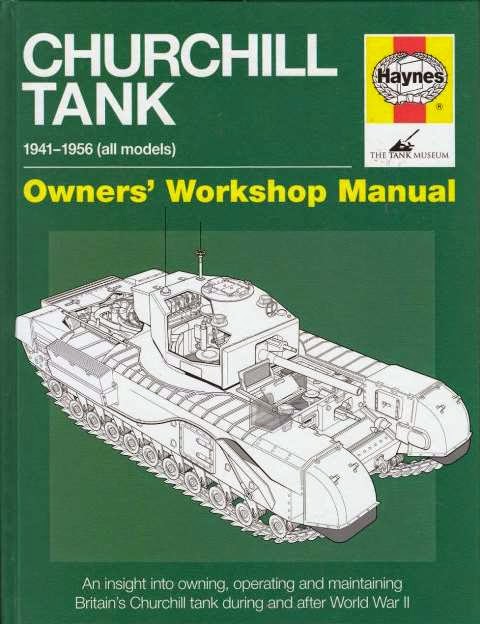 Another of the incredibly popular (and incredibly good) Haynes guides to iconic tanks. I already have the Tiger and Sherman guides and the Churchill book is of the same high calibre as the earlier books. I love this sort of work, part history book, part technical manual and supported with an excellent and detailed set of period photo's. The pictures and diagrams in particular provide the reader with an intricate inside look at every inch of this vehicle so that by the end the reader feels like they really 'know' this tank inside out.

The Author is probably the foremost Churchill expert in the world. Nigel Montgomery runs the Churchill Tank Project which is dedicated to the restoration and exhibition of a troop of three Churchill Tanks. Currently being restored are two Churchill III's and a IV and much of the material for this book appears to have been gathered during the strip down and rebuild of these incredible machines. The result is a book that looks at all the details and little pieces of equipment that go into making the tank. I particularly enjoyed the way that the book showed how the tank was turned from an underperforming white elephant into one of the best British tanks of the war. The deficiencies of a rushed into service vehicle were recognised from the very beginning and the early versions were quickly evaluated in the field. The lessons learnt were promptly acted upon resulting in a quick succession of upgrades and a rework programme that turned this into a versatile, reliable and tough weapon of war.

This book should be of interest to military historians, vehicle enthusiasts, model builders and wargamers alike. 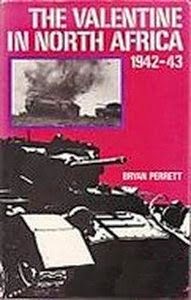 I bought this from David Lanchester Military Books when I was at Skirmish last month and its a cracker of a little book. It focuses on the 23rd Armoured Brigade but comes packed with superb detail of how this modest but important tank worked and fought in the toughest of environments.

One of the things that immediately attracted me when I discovered this book was the large number of photographs in it. Each is well annotated and very informative. Some pictures are taken from training photo's taken at the time and some were shot by tank crew out in the field. The result is a mix of practical and historical photo's that give a really clear impression of what it was like to fight in a Valentine.

The book also includes several diagrammatic maps that give an uncluttered overview of how certain actions unfolded. I can see these being of great value to wargamers and indeed one such illustration has piqued my interest. Now I just need to buy a load of Valentine Mk II's! 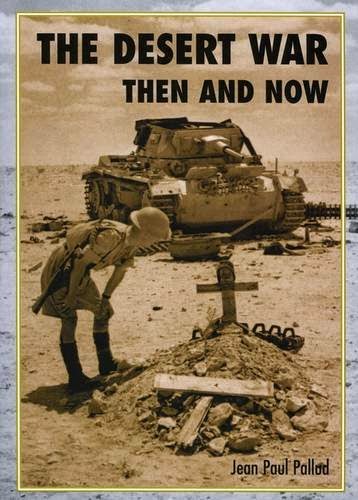 I have been patiently waiting to buy this book since it came out last year and now that I have it (a special Birthday present from my wonderful wife) I can honestly recommend it as an absolutely essential volume for anyone interested in the North Africa Campaign of WWII.

Lets start by reviewing what the book includes. The massive 592 pages are divided into seven sections which explore the campaign chronologically from beginning through to the bitter end. The North African Battlefield - This is a general overview of the campaign and why this theatre of the war was so important to both sides; First Rounds in the Desert - Covering the period from June 1940 to Feb 1941 during which the Italians make their first moves ending in almost complete annihilation at the hands of "Wavell's 30,000" ; The Germans Move in - The period Feb 1941 to September 1941. With the Italians on the verge of collapse Hitler is forced to react to support his ally and General Rommel is given the Africa expeditionary Force to bolster the defences of the Italians in Libya and Tunisia. But Rommel has other plans and immediately goes on the offencive; The Winter Battles - During Oct to Dec 1941 the front ebbs and flows across the desert of Libya ; British Fortunes Reach their Lowest Ebb - Between Jan and July of 1942 the British are forced back towards their last line of defence in Egypt ; Turn of the Tide - August to November 1942 and a new commander brings renewed confidence to the British and while Montgomery's forces grow and strengthen the Rommel's forces are stretched to the limit. Second Alamein marks the beginning of the end for the Axis in North Africa ; Battle on Two Fronts - Operation Torch sees the Americans joining the fight in North Africa and the Africa Corp is relentlessly squeezed between two advancing armies. This final chapter covers the period Nov 1942 to May 1943 in the rocky terrain of Tunisia.

One of the things that make the Then and Now series of books so good is the huge number of previously unpublished photo's that fill their pages. This book is no exception with over 2000 black and white and colour illustrations filling its pages. Many pictures are taken from the authors own collection and show how little (and in some cases how much) has changed in the last 70 years. The period pictures, gathered from official archives and private collections, are amazing and cover every aspect of the conflict in this seemingly barren and worthless wasteland. There is something distinctly evocative about photographs of the desert war and this book has more than most within its pages.  Empty, barren and unforgiving this battelfield may have been, but this was a vitally important theatre of the war and this book makes it amply clear that this was no mere sideshow or prelude to the 'real' fighting in Europe.

The North African Campaign was of course only part of the broader conflict but there is something uniquely special about it that I think still resonates in the British psyche, because this was our victory. After Operation Torch American involvement in the war would grow and grow until we inevitably became the junior partner in the war, but we would always have Alamein to remind us that we had played pur part and played it well.

I've given this book a special six star rating because I really can't recommend it enough. Buy it, simple as that really, you will not be disappointed. As with all the Then and Now books it is printed on very high quality paper and heavily bound so this is a hefty volume and is so thick it should come with its own Armour rating!
Posted by BigLee at 07:57