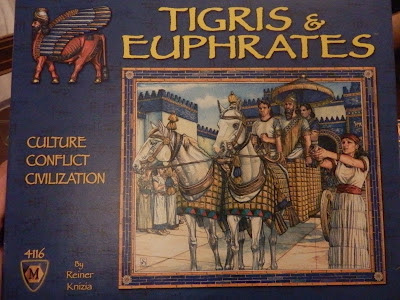 By Gygax beard, The Delvers have actually had a game! We have had a very flaky schedule this summer with lots of cancellations due to holidays, work commitments and just plain old bad luck. Our ongoing D&D 4e campaign has died a death and nobody is sure if we will resurrect it. On the other hand we have played a wide range of alternative games - having a  blast in the process - and last night was no exception.

So three of the DDD's got together after yet another long break between meetings and yet again lacking the Evil GM and his campaign. So we pulled out a variety of card and boardgames ahead of our gathering and chose Tigris & Euphrates, a game we have not played before, as our game of choice for the evening.

The game has up to four players each trying to build and control their own kingdoms by the placing of tiles. The aim of the game is to have the most balanced Kingdom and uses a variety of card tiles and wooden counters to control the game. The tiles represent farming, trading, religion, and government and players collect victory points in these same categories. The winner is determined at the end of the game by counting  the number of points in your weakest category, which encourages players not to get overly specialized.


We all enjoyed this game which lasted about two hours. I think now that we have had a chance to try out the rules we would certainly give it another go. Of course next time I would endeavour not to make the same mistakes again and end up last last last. Did I mention I came last? Hmmm... But a game is a game and this was far better than cancelling yet another meeting of the DDD's. 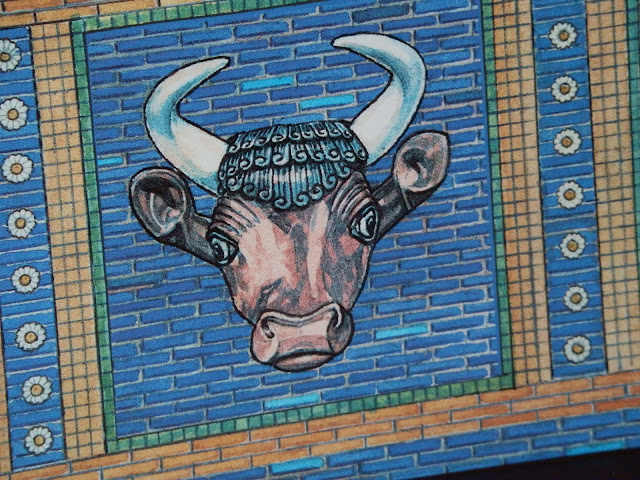