I went to Salute 2021 yesterday at the Excel Centre in London - just a short drive from where I live. The show was a bit quieter than usual, with noticeable gaps in trade stands and games tables, but at least the show went ahead. I certainly had a good time and spent a lot of money with those traders that were able to attend. Visitor numbers were down on previous years (to be expected) but I fully expect this to be a temporary phenomenon and the show will bounce back.
My main disappointment with the event was my usual gripe about signage on demo games. Some games didn't make the video simply because I couldn't identify either the group running the game or the game itself. Many of the games listed in the show guide were different - presumably because the list was made a while back and hadn't been updated. Whatever the reason it made correctly labelling some photo's impossible...so those pictures didn't make the cut! 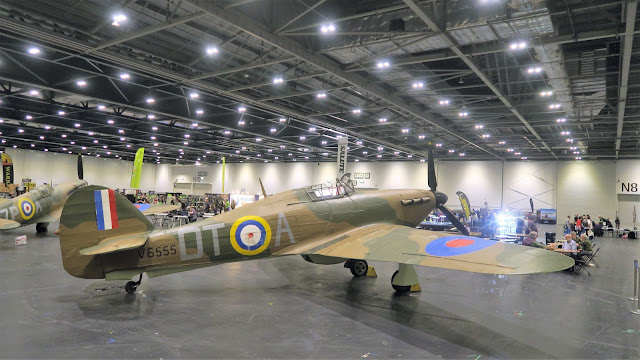 Aside from this, it was a great day and I thoroughly enjoyed myself.
Posted by BigLee at 12:00