I may have finally cracked. Certainly the wife is looking at me funny and I'm pretty sure she's ready to call the men in white coats to take me to the funny farm. Why am I destined for a padded cell you ask? Because for the last week and a bit I have been making (not entirely successfully I may add) Dust Cloud models for my desert vehicles.

OK lets back up a little and explain the mad impulse that started this. Nearly every picture from the North Africa campaign featuring moving vehicles also shows long dust plumes billowing behind those vehicles. Just because its a game I see no reason why these shouldn't also be a feature of my tabletop battles. In fact I'm convinced that poor visibility resulting from dust should have a significant in-game effect that is largely ignored by most rule sets. I have read multiple accounts of tank crews that mention dust blocking their vision, getting in their eyes and generally making the job of spotting and aiming at targets all the harder.

Flames of War does actually have a rule for dust clouds:  Place a 2”/5cm diameter Dust Cloud marker behind each vehicle moving more than 4”/10cm in the Movement Step. If the vehicle moves later in the turn, the dust cloud moves with it staying on the same side of the vehicle, even if it changes direction (you can’t hide in your own dust!). Vehicles moving 4”/10cm or less do not create dust clouds. Remove all dust clouds from your vehicles at the start of your turn. Troops behind a dust cloud count as Concealed.

Its that last sentence that is important. Plumes of dust will effectively reduce line of sight to potential targets further afield. The dust will settle quickly but while it remains on the games table it can be exploited by the wily commander to shield the movement of other units.

Some time ago I found that I could make quite effective looking dust clouds using PVA coated clump foliage and a little patience (see here). The initial set I made looked excellent but as usual I never made enough, so it was time I revisited the project and made a load more dust clouds to service even the biggest games. As I described last week I started this time using a different method for making billowy dust clouds utilizing tiny polystyrene balls. The experiment was an unmitigated disaster and after almost a week of effort I had to scrap what I had done and start again. Fortunately the second set - using my original method - worked out much better. 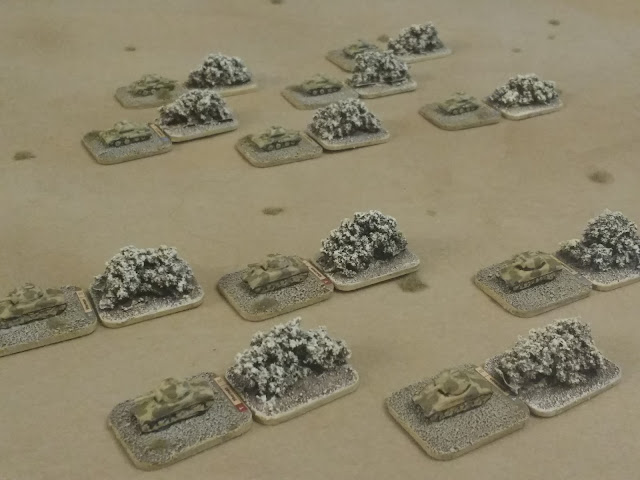 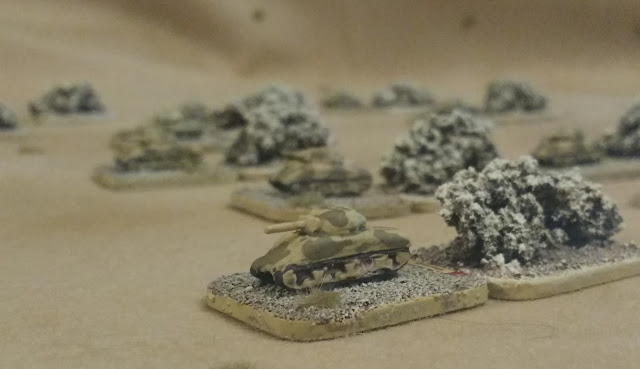 I now have about 50 of these dust clouds which should be ample for my games. The next step is to put the new models next to the ones I made before and compare colours. I suspect this batch is a little bright but the difference between the two batches is probably negligible...but that is a job for another day.
Posted by BigLee at 07:27