While running my D&D Campaign I found I needed to make some 'dungeon' scenery, in the form of giant Mushrooms. I wanted to set up an encounter whereby my players would be attacked by group of Mayconids. I had four Myconid Guard models from the D&D miniatures range but wanted to give them some 'real' mushrooms in which to hide. So I decided to use up a pack of Miliput modeling putty that had been gathering dust in my model box for years. The mushrooms needed to be of a similar size and colouration to the Myconid models I had so this is what I made. 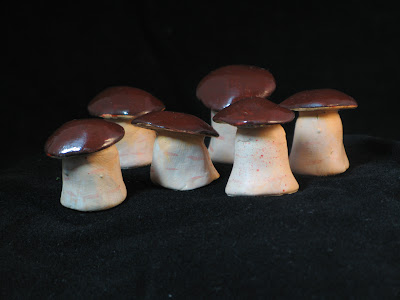 These six models represent an evenings work and were used in the following game to great effect. 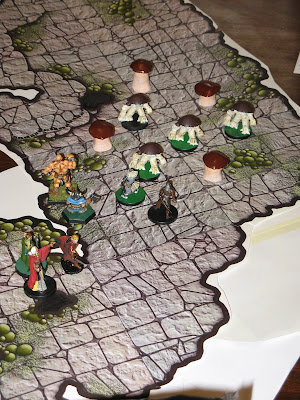 OK they aren't the height of sculpting artistry but they did the job and made an interesting encounter just a bit more fun.
Posted by BigLee at 08:01