It's been a busy weekend, just not a 'Hobby' weekend. I had planned on writing up some notes from Fridays D&D game and then starting work on my 15mm vehicles for Flames of War. But the weekend sort of got away from me.

On the plus side I finally got to chat with my brother-in-law about joining me in playing the FoW game and he seemed very enthusiastic about collecting a late war (Normandy) army. He gave me an excellent book on Panzer regiments in Normandy, which seems a great place to start researching this period of history - especially as I plan on building a Panzer Company for use with the FoW rules. 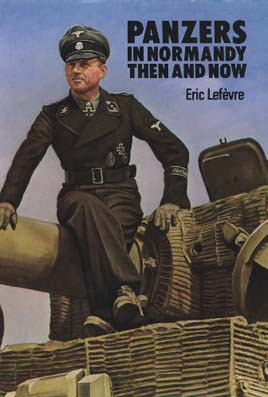 Published to commemorate the 40th anniversary of the Normandy campaign, Panzers in Normandy is a detailed study of the German panzer regiments in 1944 as seen from the German side. The book first details the composition of the 1944 model of the panzer regiment, its equipment and personnel. The second half of the book then discusses the seventeen panzer units which saw service in Normandy. Interestingly it was research for this book which resulted in the discovery of the location of the grave of the most famous panzer commander of them all. Formerly listed as missing in action, the author of this book discovered the last resting place of the victor of Villiers-Bocage, Michael Wittmann.

So it looks like I have a lot of reading to do this week. I'm still working my way through the FoW rulebook, I have this book on Panzer regiments to read, the latest issue of Wargames Illustrated landed on my doormat on Saturday and I'm expecting a Wermarcht painting guide by Battlefront to arrive any time today.
Posted by BigLee at 08:55