The end of the month has come around quickly again and it's time for another review of the books (or in this case Book) I have read this month. Despite being home most of the month I haven't found the time or the inclination to read much this month, but the one book I did read was very good. 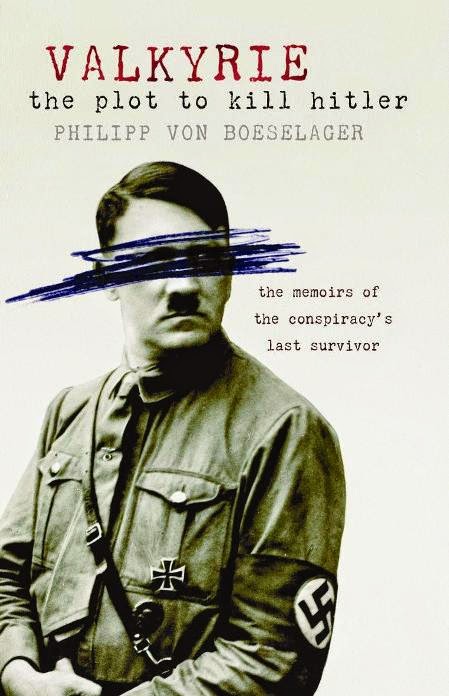 
This was a very interesting read, but wasn't quite what I expected considering the title of the book. Philipp Von Boeselager was not an average German. His family home was a 300 year old moated castle surrounded by acres of land filled with game for hunting. Indeed a large portion of the early chapters are taken up with describing his and his elder brother Georg's love of of hunting. Also described at length was the religious and classical upbringing and education that he and his Brothers received.

This background is important though because it shows that he grew up with a strong moral code. However it also shows the dangerous disdain for 'politics' that this strata of German society had. They felt themselves above such matters and as such were wilfully detached from the National Socialist movement which swept through German society at that time. Such political naivety amongst the landed classes made them blind to the cancer that began to grip their country in the mid 30's. Ultimately however this detachment, among what would later become the officer classes of the Wehrmacht, sowed the seeds of a resistance movement which had always been separate from a society permeated by Nazi ideology and fear. 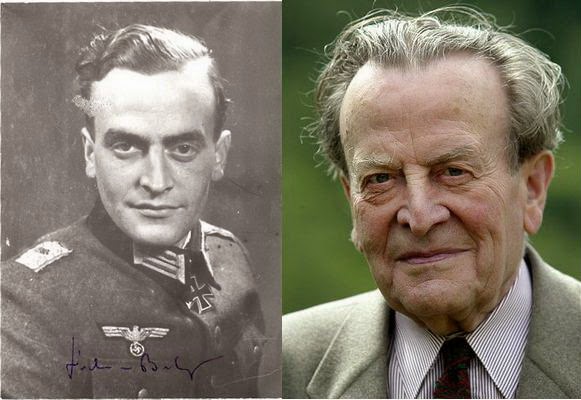 Philipp and Georg's evolution from apolitical gentry through loyal soldiers to members of a resistance was a long and subtle one. Both were Cavalry officers and severed closely through most of the war and their early years in the Army were typical for a landed officer class. At times it felt they were 'playing' at soldering with daily pursuits including equestrian and hunting activities. Their baptism in combat came during the invasion of France and the author didn't seem to be overly concerned with the moral legality of invading a neighbouring country, although some of his actions in combat (negotiating the uncontested withdrawal of a french unit from a town to minimise casualties on both sides) would have raised eyebrows with his superiors had it been reported.

The real test of the author and his brother came with the invasion of another neighbour, this time Russia during Operation Barbarossa. As the lightning advance slowed and stalled and as winter gripped the vast interior of Russian, both officers began to realise that the goals of their National Socialist leaders did not include the welfare of their men. Disillusionment began to set in and slowly they were drawn into a growing circle of plotters that would eventually become dedicated to the removal of Hitler and the 'liberation' of Germany from the Nazis. 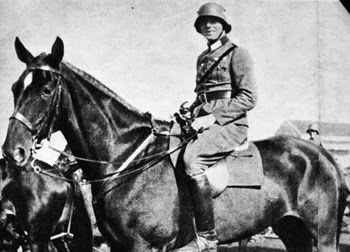 This is an interesting book and worth seeking out if you are interested in the German resistance movement. I have to say that reading this book I found it hard to empathise with a man whose upbringing and perspectives were so far from my own. I suspect the vast majority of readers not brought up in a Bavarian Castle will have an equally difficult time relating to the story of Philipp and Georg. But its still a fascinating tale and an intriguing insight into the minds of the officer classes within the German Army. Naturally Phillip writes extensively about the cavalry unit he commanded and I found this the most interesting aspect of this book. Most people think of WWII as a mechanised war but this book shows that the horse still had a vital role to play during this conflict.
Posted by BigLee at 11:07 2 comments:

War and Peace - Pt 5 Other Stuff

Last up some are some modern equipment and some items that didn't neatly fit into the categories I have already posted (plus some things I missed!). Once again if you want to view all the pictures I shot then follow this link to the web album containing all my photo's.

Today I'm posting yet more pictures from the 2014 War and Peace show, this time focusing on WWII Axis tanks and other vehicles. Once again I must say that any mistakes in identification are entirely my own and almost inevitable given the number of pictures I took. If you see any errors let me know and I'll check and correct the errors as soon as possible. To see more pictures follow this link to the web album containing the full set.


A lot of original equipment has been lovingly restored and brought to this event but the replicas are also fascinating.

Tomorrow I'll wrap this series of posts up with a look at some of the modern equipment on display and some of the unusual items that are worth looking at.
Posted by BigLee at 08:00 11 comments:

Continuing my photo review of this years War and Peace show which I was lucky enough to be able to attend last week. Today I'm posting some pictures of Allied Second World War armour and other vehicles. I have picked one picture of each but if you want to see them all (nearly 500 of them!) then follow this link to view the Web Album.

Tomorrow I'll post pictures of the German vehicles on display. Ironically there were more of these at the show this year, but most are replicas rather than originals. They are still interesting and have a role to play and of course new vehicles are being found and restored every year so maybe we will see more at future shows.
Posted by BigLee at 08:00 6 comments:

Given that 2014 is the centenary of the commencement of WWI its not entirely surprising that there were some special guest vehicles and displays for the public to view. Here's a selection of those that I saw. I'm sure I missed some, but the site is just so huge its impossible to get around it all, even though we attended for two days.

Understandably there are not that many WWI vehicles at shows like these and many of those seen are replicas. However with the centenary commemorations I am sure we will see more replicas being built and seen at this sort of event.

I'll post some more pictures tomorrow (WWII vehicles I think) and a link to the Web Album where you can see all the photo's I took (if you have the stamina to look through 500!).
Posted by BigLee at 07:54 3 comments: