I'm an avid follower of the news and have, like many others, taken a particular interest in the US Presidential race. So it came as something of a surprise to hear Donald Trump seemingly endorse BigLee for president. I never even knew he was a reader of this blog! It's even made the BBC News.

I don't know whether to be honoured or horrified, Bigly.

One day we'll look back on this an laugh...but for now just hide the nuclear codes somewhere safe.
Posted by BigLee at 06:57 8 comments:

Wargamer vs The Elements: A Battle Report 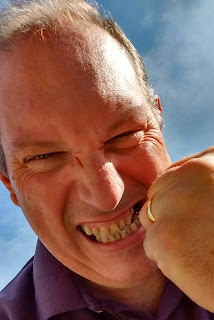 It was a sunny Saturday morning in 2016 and the weary wargamer (me) had been hatching a plan. I had all the raw materials for some terrain work and now saw an opportunity to forego the housework in favour of some groundwork. My felt gaming mat and some styrene hills were going to get a desert makeover and today the weather looked bright and dry enough for the repainting to take place out in the garden.

Thus was set the scene for an epic struggle between the time starved wargamer and the elements.

On Sunday the family and I spent a day at Chatham Dockyards for their 1940's weekend. This is a quite varied event and is as much about music, antiques and shopping as militaria. And of course the whole event is situated within the Chatham Historic Dockyard which is itself a massive museum filled with amazing exhibits. 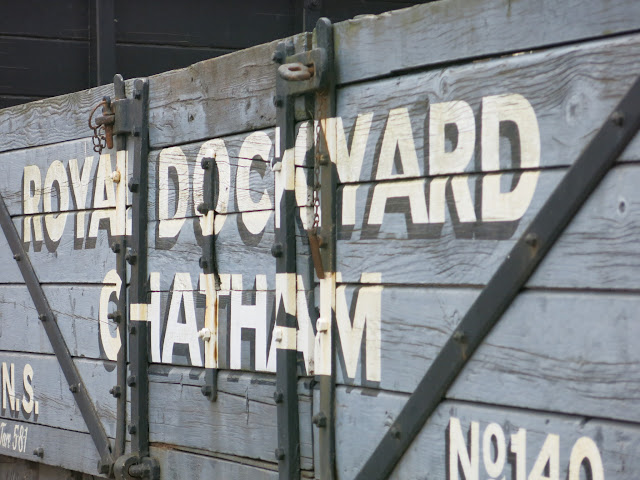 The only downside of attending this event was that I missed the Skirmish Toy Soldier show in Sidcup. An unfortunate clash of family calenders meant we could only do the Chatham event on the Sunday. Having said that this is probably the last Living History event I will do this year with the family, and I still have SELWG Wargames show to look forward to next month for my hobby fix.
Posted by BigLee at 07:50 7 comments:

Preparing for the Winter offensive

Not a lot of painting has been done at BLMA HQ recently. Four units of Gauls are sitting on my desk and have been for a couple of weeks. I started them but haven't had the time (or the energy) to continue...I will slap on some extra paint this week and I'm sure once I restart things will move along. However before I do this I decided to distract myself buying some more miniatures! Its OK, I've not completely lost my mind, I have a plan.... 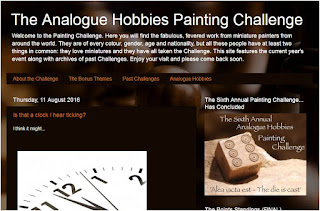 My recent purchases are phase one of my Winter Offensive (meaning the Analogue Challenge Winter Challenge). This year I want to go into the challenge prepared and with a proper plan of attack. I know that as usual time will be limited - possibly more so than last year - so the more I can do before the challenge starts the better. We can prep and undercoat our mini's before the Challenge begins, we just can't start painting them. Some of the figures I have in mind will need a LOT of prep beforehand and if I can this done before I start all the better to hit my target.

So what is my plan and what have I bought? I'm determined to skip the bonus rounds not because I don't enjoy them - I always enjoy seeing the submissions of fellow challengers - but I find them too much of a distraction from the task of completing models I will actually game with. Instead I am going into this years Challenge with three armies to paint for both my WWII North Africa project and for my growing collection of ancient farces for use with the To The Strongest rules. 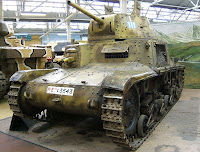 North Africa - I am planning on painting British and Italian tank companies for Operation Compass (General Wavells 1940 offensive against the Italians in western Egypt and Libya). Initially I planned on buying these from GHQ as the quality of their micro-armour is outstanding, unfortunately the price is too. My order would have topped off over £150 and that gave me pause for thought. So I checked out the ranges offered by H&R and was able to buy the same force for the princely sum of £27. Needless to say the miser in me went for the cheaper option! 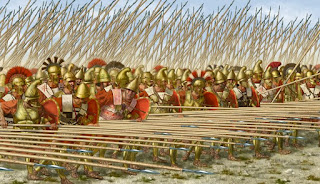 Pyrric Army - The other models I have bought are an extension of my ancients collection. I have decided to give my Polybian Romans someone else to fight, aside from the Carthaginian's. I have long wanted to paint some units of Macedonian Phalangitai and in the end I opted to build an army around this objective. So I will be starting a Pyrric army in the early part of the period I have been working on. I have made more work for myself though as I have chosen to buy pikemen with 'open hands' and will use clipped dressmaking pins for the pikes. This is a lot of prep work (prep and undercoating can be completed before the challenge starts) and I have no idea how hard this may be or how long it will take, hence my desire to buy the models now, three months before the Painting Challenge starts.

I must be crazy, but I'm quite excited by all this expenditure. Clearly happiness is a growing lead mountain!
Posted by BigLee at 08:12 12 comments:

On Sunday Posties Rejects gathered in the shed-o-war for a WWI naval battle. For a change Stuart wasn't umpiring and we weren't using his models or rules. Instead John brought his collection of 1:2400 scale ships, some newly acquired Hex mats and his own rules for us to try out.

The Setup
The German Admiral plans to draw the British fleet out into the North Sea by setting a trap baited with a seemingly inferior force of German ships. The rest of the fleet is ready however to take full advantage of any rash response by the British. Unfortunately the tide is a factor the Germans must take into account as Sandbars restrict movement at the start of the game.


Analysis
This was a disappointing result for the British. We failed to use our own Torpedo capability properly and I think this cost us the battle. We also had more than our fair share of bad luck and bad dice...although to be fair it seemed to be Postie that was cursed this game rather than me for a change. All in all a fun game and a simple but very effective set of rules. We were able to play out 17 turns of action over about six hours.

On a personal note, I enjoyed playing the British an in particular handling the HMS Thunderer. This was the last big warship to be built at the Thames Ironworks in Canning Town and my Great Great Great Great Grandfather was part of the workforce that built her. After construction the vessel was moved down river to Dagenham (where I now live) to be fitted out and armed.