The Battle of Solferino

One hundred and fifty years ago today (1859) the Swiss businessman Henri Dunant witnessed the aftermath of the Battle of Solferino in Italy and set in motion a chain of events that eventually lead to the formation of the Red Cross.

The battle of Solferino was a particularly gruelling one, lasting over nine hours and resulted in over 3,000 Austrian troops killed with 10,807 wounded and 8,638 missing or captured. The Allied French & Sardinian armies also suffered a total of 2,492 killed, 12,512 wounded and 2,922 captured or missing. In the end, the Austrian forces were forced to yield their positions, and the Allied French-Italian armies won a tactical, but costly, victory. However it was the reports of wounded and dying soldiers being shot or abandoned without any form of medical care which added to the horror and the impact of this battle. 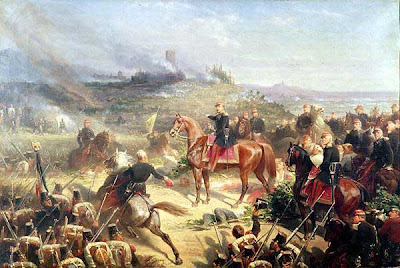 Dunant arrived at the scene of the battle on the evening of June 24, 1859. "Thirty-eight thousand injured, dying and dead, remained on the battlefield, and there appeared to be little attempt to provide care. Shocked, Dunant himself took the initiative to organize the civilian population, especially the women and girls, to provide assistance to the injured and sick soldiers. They lacked sufficient materials and supplies, and Dunant himself organized the purchase of needed materials and helped erect makeshift hospitals. He convinced the population to service the injured without regard to their side in the conflict as per the slogan "Tutti fratelli" (All are brothers) coined by the women of nearby city Castiglione delle Stiviere. He also succeeded in gaining the release of Austrian doctors captured by the French" (Source: Wikipedia) 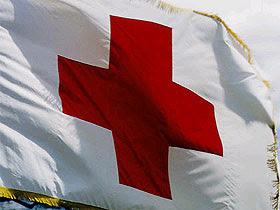 Dunant was so affected by what he witnessed he was ultimately inspired to found the International Red Cross and the 1864 Geneva Convention was based on Dunant's ideas. In 1901 he received the first Nobel Peace Prize.
Posted by BigLee at 08:01

Email ThisBlogThis!Share to TwitterShare to FacebookShare to Pinterest
Labels: News, Today in History