This is my Great Uncle (my Nan's brother) Alfred Boniface, and he served somewhere during WWI. I don't have a service number or even a firm date for these pictures although various family members say they think they date to around c.1918. 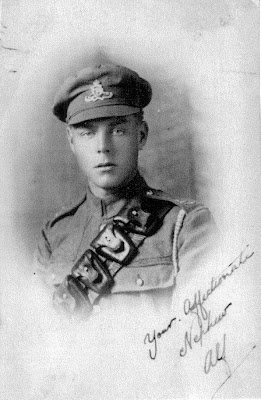 Now family legend say he served in South Africa during the Boar War. That's clearly wrong as he would have been just a child at the time so I'm guessing they mean WWI. Some of the pictures - such as the picture of the marching unit below - seem to have a more tropical look about it. 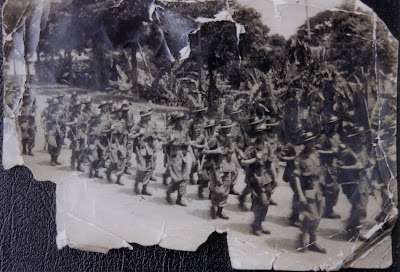 I know very little about the British Army's activities outside of Europe during this period and with so little to go on these pictures remain something of an enigma and I hate a mystery. So the question is can anyone identify the regiment and maybe make an educated guess as to where he was stationed?