For Part 3 or my picture review of Rampage 09 I am focusing on another game that I had previously seen at Salute. This was a recreation of the famous Brécourt Manor Assault which was immortalised in the HBO Miniseries Band of Brothers. 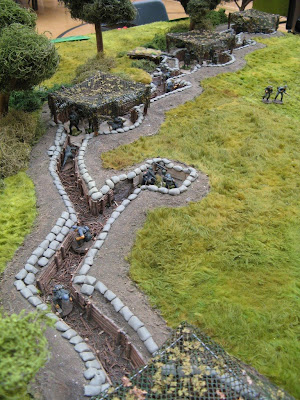 This game was put on by Horchurch Wargames Club using scratch built terrain and teddy bear fur for the grass (how many Teddy's did they have to skin to make that table I wonder?). 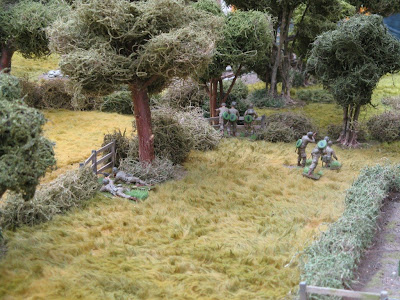 This table won two awards at Salute 09 and deservedly so. The attention to detail is outstanding. 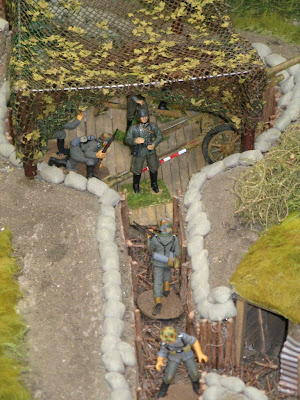 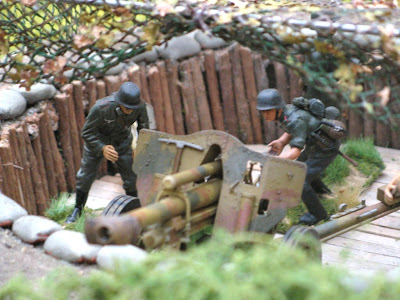 The assault of the gun emplacements at Brécourt Manor by the 101st Airborne is often cited as a classic example of small unit tactics against a superior force. 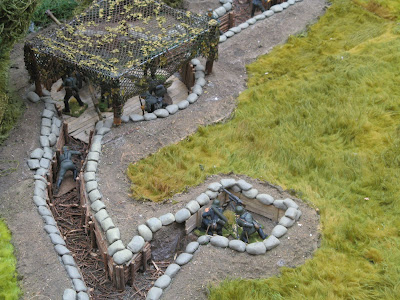 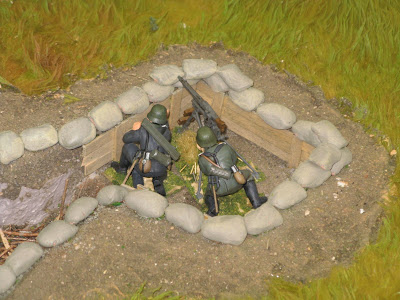 As well as being pleasure to look at the guys running this game were very friendly and willing to chat about some of the details of the table. 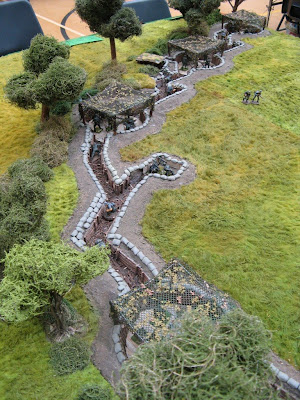 Later today I'll post more pictures from this show.
Posted by BigLee at 08:01