This is the first of two posts showcasing some of the pictures I took at the Tank Museum's Tiger Day event on Saturday. As Premium ticket holders my Brother-in-Law and I had special access to the Tiger Tank, a programme of lectures by the likes of David Willy and David Fletcher and the chance to talk to members of the restoration team throughout the day.

Our day started at 08:15, nearly two hours before the public had access to the museum. Over bacon rolls and coffee we were given an introductory talk by David Willey outlining the itinerary for the day and introducing us to the team that could be consulted at any point of we had questions (kudos to them all, they were brilliant!). Then we were split into two groups and while one half went off for the first lecture of the day the other half (myself included) were taken down to the Tank Story hall and given a detailed look to some of the vehicles. 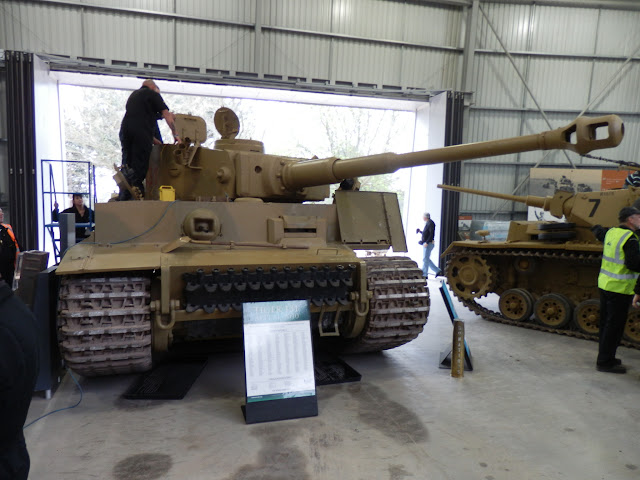 One thing I wasn't expecting was the chance to look inside the Tiger and the Panther. The hatches were opened and after climbing up a ladder we were able to poke our head and shoulders inside the turret for a good look around. The original 'restoration' of this vehicle was more concerned with the running of the tank but this time the emphasis was on a proper historical rebuild of the inside of the crew compartment as well as the engine. Items like the commanders flash curtain have been restored and the fire suppression system that was installed during the first restoration has been removed. This latter change has improved maintenance access as well as returning the inside of the tank to a historically accurate condition. 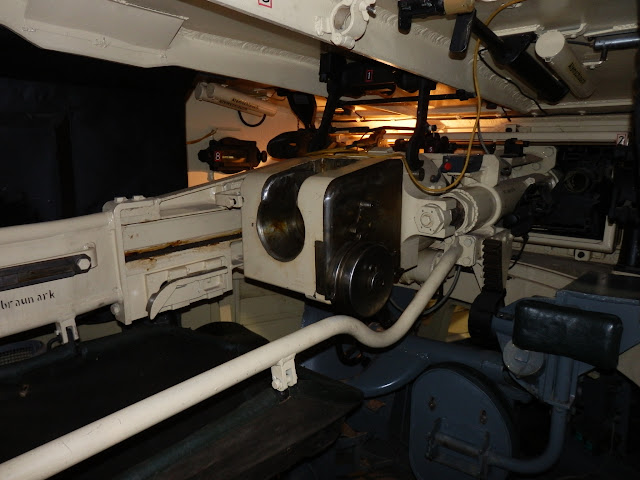 The level of detail inside this vehicle has to be seen to be believed. Bare in mind this vehicle was repainted by the British shortly after its capture so all the paintwork we see now has been painstakingly recreated from original photographs and historical documents, many of them in German. Even the numbered 'plugging points' (to make the tank waterproof for deep wading) have been recreated. 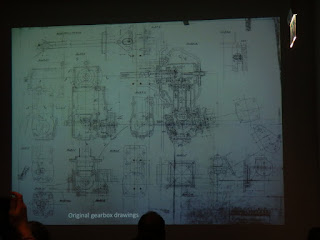 The engine was also fully refurbished and entirely new gearboxes had to be constructed to run the cooling fan system. No original gearboxes could be sourced for this so the museum found German wartime blueprints and located a British engineering firm to build the parts from scratch. This wasn't as easy as its sounds. All German tanks were essentially hand made and so there is no such thing as accuracy and consistency. Blueprints are no help if the parts end up 1/100th 'out' of true! 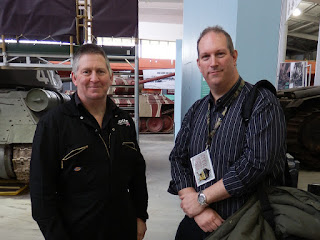 While I was waiting my turn to get inside the Tiger I was lucky enough to have a chat with Paul Duncan the museum engineer tasked with rebuilding the gearboxes. He said it was a massively difficult task for a such a small part of this tank.

The most enlightening thing he told me however was that the rebuild process had made him realise just how over-engineered the Tiger was. The Gearbox had two oil pumps inside it but none of the engineering team could see the point of the second pump as the first one did the job just fine! Extrapolate this over engineering across the whole vehicle and you begin to understand why it was so expensive both money and material to build. 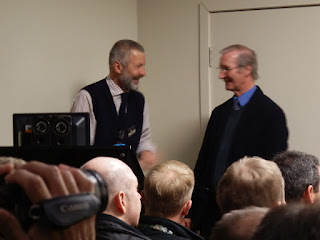 After this up-close-and-personal experience my group was whisked off to the Churchill Room for the first of the days Lectures by the Museums curator David Willey. He explained the broad scope of the restoration process, its highs and lows and most importantly why they were focusing on this one German tank when they have hundreds of others to choose from.

As you may imagine the short answer is that the Tiger pulls in visitors that would not otherwise come to the museum. And this broad audience is a vitally important tick in the 'educational' category when the Heritage Lottery Fund are being asked for money... in short without the Tiger the money to build the new wing would not have been forthcoming. This latest restoration and the crowds it brings in will help secure even more Lottery funding for further expansion of the museum to get more tanks on display. It will also fund improvements to the workshops meaning that in the long run even more tanks can be restored and returned to running condition. 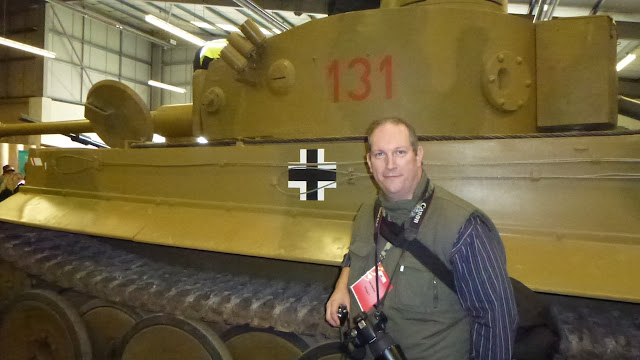 After the lectures we had an excellent lunch and half hour to explore the museum on our own before the main arena display in the afternoon. I'll post pictures from that in the next post but in the meantime I hope you enjoyed this first look at Tiger Day as much as I enjoyed being there!
Posted by BigLee at 17:25