The German 8.8cm Flugabwehr-Kanone (flight defence cannon, or FlaK) gun is one of the most famous guns of the Second World War. The Wermacht ordered larger replacement for their 75mm gun and in 1933 received the Krupp designed 8.8cm FlaK 18. Battlefield experience (during the Spanish Civil War) resulted in improvements and design changes that lead to the new Flak 36. It was an excellent multi-role weapon and its long range and high rate of fire enabled it to play an important heavy anti-tank role on the battlefields of 1944 and 1945.

The Platoon box contains two 8.8cm FlaK 36 guns which fit onto resin cast Scenic bases with two medium scenic bases for additional crew (which increase ROF to 3). There are enough crew for both sets of bases plus a couple of spare figures. In addition the box contains two Sd kfz 7 (8-ton) half-track tractors, one Kfz 15 field car and a HQ Command team. As a bonus the set also includes the bogies that carry the guns when being transported. These don’t have any game purpose but they do make for nice ‘scenic’ extras when setting up the Platoon.

I really went to town on these models and painted more detail than on previous figures. I doubt if it makes much difference when viewed on the game table but up close they look pretty cool. I even had a go at painting uniform insignia like rank patches and Waffenfarbe (shoulder boards)! Here are a few pictures of the finished platoon. I hope you like them. 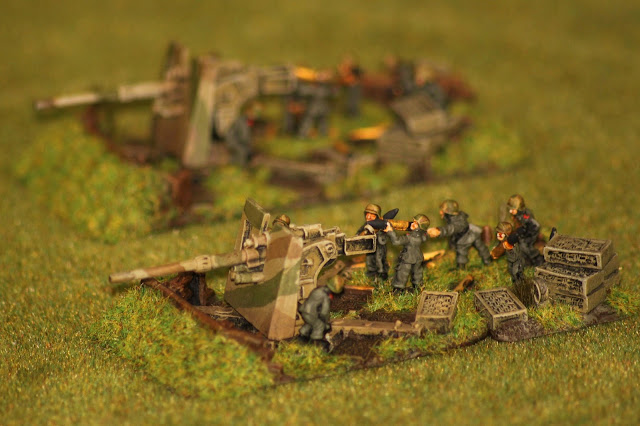 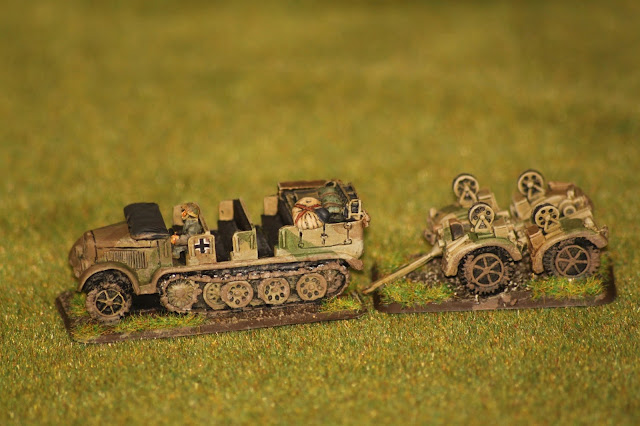 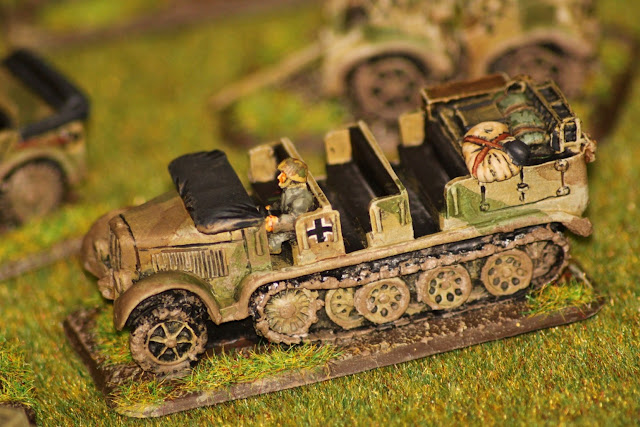 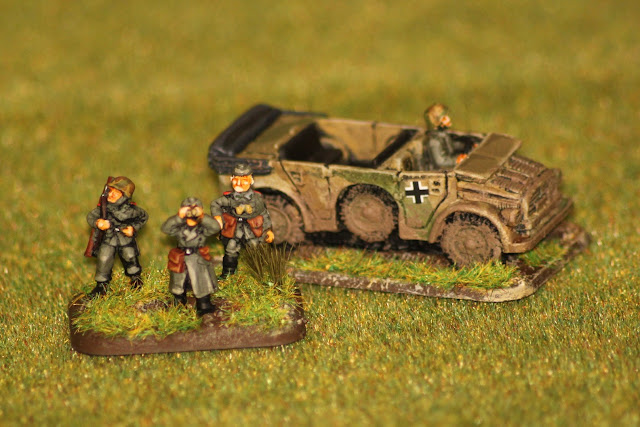 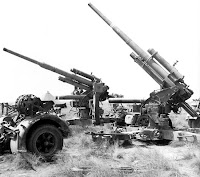