The following article contained a few errors when first posted. Amendments are contained in square brackets [amendment] and are italicised.
----
During my recent brief holiday I was lucky enough to visit the Tank Museum at Bovington in Dorset. I came here with my Parents back in the 70's and I have very fond memories of that particular day out. Now it was my turn to drag my own family around the much changed and enlarged museum.

There are three main exhibitions within the museum; The Trench Experience; The Discovery Centre; and the new exhibition The Tank Story which opened earlier in April. Before you enter the site, facing the car park there are two memorials to the men of the Royal Tank Regiment. This sculpture perfectly captures the closeness of a Tank Crew. There is also a memorial wall of crew killed in action, right up to and including the current conflict in Afghanistan. 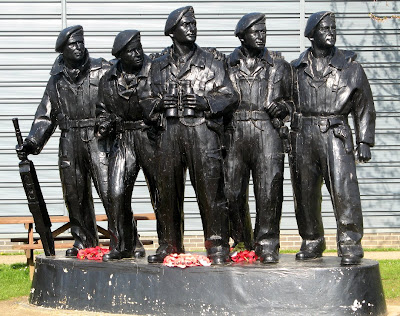 Inside the first section you are encouraged to pass through is the Trench Experience. This briefly explains the deadlock that gripped the battlefields of Europe and the relentless dangers of trench warfare. Then you exit into a German trench being breached by a Mark I tank. 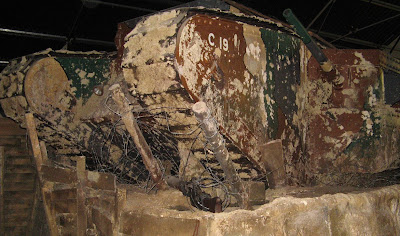 Past this section you are into the main display halls and a bewildering array of tanks and armoured vehicles. Each is meticulously labeled and there is lots of information on hand. There are also a few surprises. I had never seen this vehicle before. This was a Mark IX and was twice the size of the Mk I but was used as an armoured personnel carrier or support vehicle. 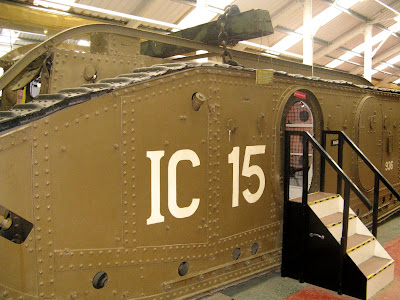 The next section of the main hall contains a few familiar tanks such as this Tiger II... 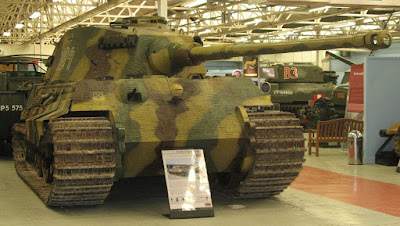 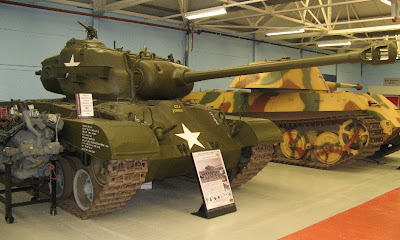 The hall also contained the first of two King Tigers. Its hard to appreciate just how big this vehicle is until you've walked around a hall full of other large tanks. Only then can the layman truly appreciate the size of this tank and its [88 mm Gun] gun. This tanks was the pinnacle of German Tank design and engineering during WWII that this was to be its downfall. It took 10 hours in 'the shop' for each hour the tank was on the road and it drank [Petrol] at an unsustainable rate. 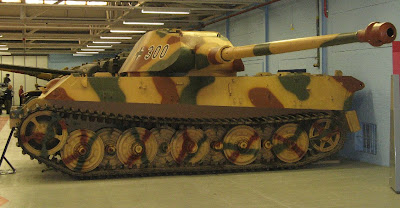 As well as the big 'celeb' tanks there are also a few of the not-so-famous 'b'-list vehicles like this remote controlled Goliath. This was actually a tracked mine so not many survived the war. 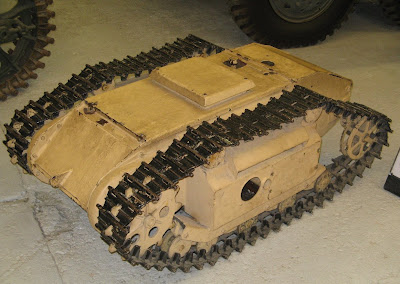 Further round the hall can be seen a Sherman Crab which used a mine flail to breach the barbed wire and minefields on the D-Day Landing beaches. 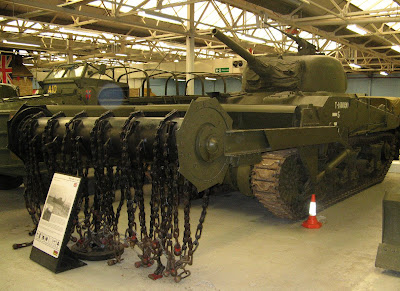 As I walked around I was surprised to see my family name on a display. 2nd Lt Hadley was at Second Cambrai during WWI and lost an eye to an enemy shell. His false eye and medals were on display. I'll have to look this guy up...we may be related! 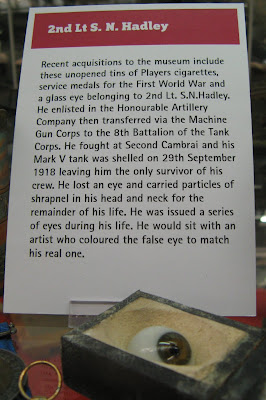 This is the easily recognisable M4 Sherman with its original turret featuring a [75mm] Gun. 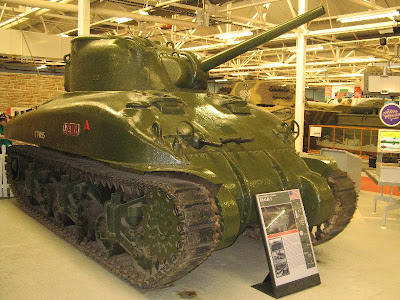 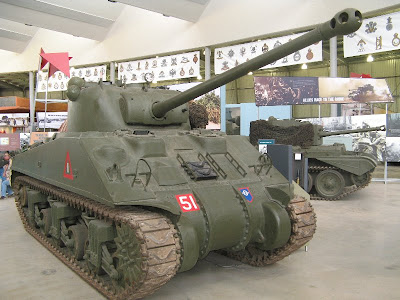 The new Exhibition, The Tank Story opens with the first ever (prototype) tank, Little Willie. Designed by the Landships Committee in 1915 this was the first real test of the technology that would go on to produce the Mark I, HMLS "Centipede" which you can just see beyond Little Willie in this picture. 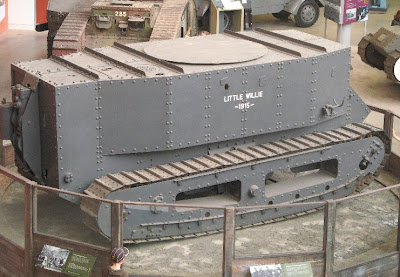 And Finlay at the end of this display was a Challenger II the main battle tank currently in service with the armies of the UK. 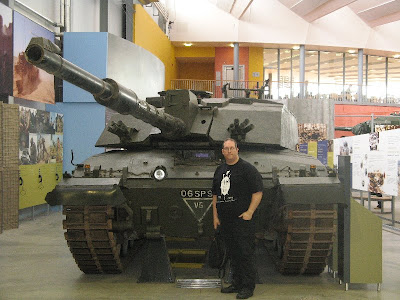 Unlike in my childhood you can't climb on the tanks but there are lots of interactive displays and information boards to view. This was a great day out and the new facilities make this a very family friendly and enjoyable museum to visit. In fact it was so good I may visit again for the Battlegroup South Wargames show there on 4th & 5th July 2009.
Posted by BigLee at 12:40