Its been a while since I last wrote about my D&D groups current 4E campaign. Illness and work commitments mean we haven't got together for a game for seven weeks. Far too long in anyone's book but unavoidable non-the-less. Normally the Dagenham Dungeon Delvers gather in, well Dagenham. But this week we drove down to Reyleigh to play at another members house. 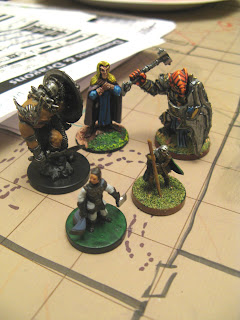 Our intrepid party of adventurers was last seen in a Kobold infested underground palace. Looking into an adjacent room we could see what looked like the leader of the Kobolds lounging on a divan and surrounded by half a dozen guards. In the face of established logic we split the party and attacked from two sides... 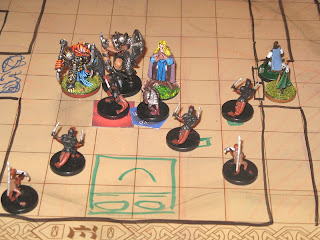 Ouch is the best way to describe how the fight started. For a few brief rounds it didn't look good. Then suddenly the battle turned with the Eladrin Swordmage leaping into the fray and dishing out some "pure awesome". And all while his player did a sketch of my Dragonborn character. 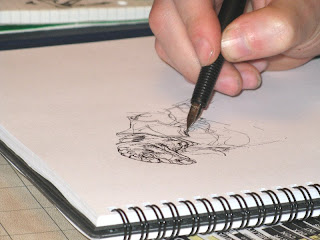 Of course there were some moments of doubt during the battle and our GM does get a kick out of pointing out our mistakes...This is what is technically known as an "oh s**t moment". 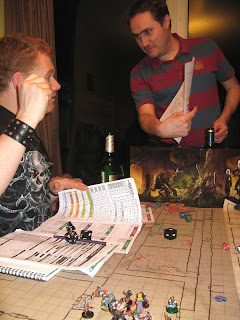 After the battle we had a little chat with a long dead King, looted his desk and pocketed a few trinkets. Strangely we were not interested in looting the 200 year old silk bedclothes from the kings room. 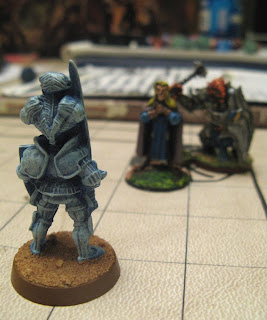 The game ended with us standing before a large set of double doors and realising that an entirely new set of enemies lay beyond it...enemies that are almost certainly going to be badder than the Kolbolds, and enemies that were unlocking the door as we stood around wondering what to do.
Posted by BigLee at 10:22