Yesterday I looked at some of my favorite participation games from Salute 09 and started to look at some of the Demo Games. Today I'm going to talk about some of the most impressive armies and displays at the show. One of the things I have always liked about Salute is the quality of the display tables and the armies featured. Everywhere you look there is eye candy and I doubt you could find a better advert for our hobby.


This table was the The Siege of Okamoto-Jo by Oshiro Model Terrain. This was a 28mm fictional battle set in the Japanese Warring States Period (戦国時代 , Sengoku Jidal). This was a time of political intrigue, social change and constant military conflict in Japan that lasted from the middle of the 15th century to the beginning of the 17th century. 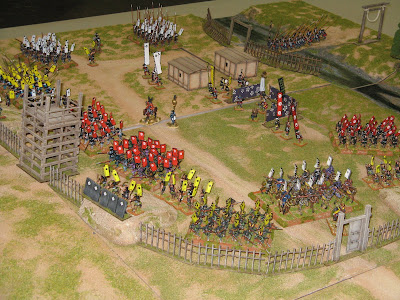 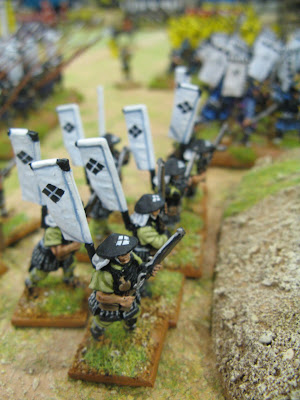 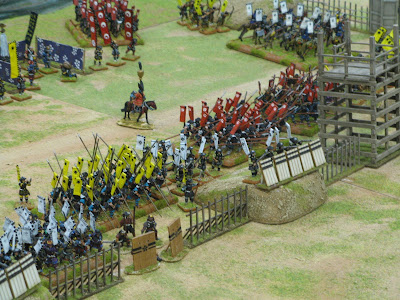 Another impressive display table that caught my eye was Siege of Tenochtitlan. This was another 28mm battle this time run by La Grande Armee and based on the 16th Century Conquistador siege of an Aztec town. 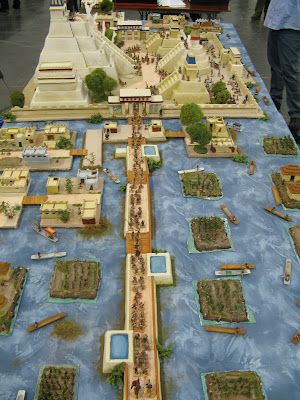 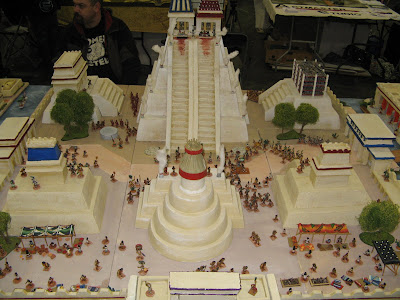 I enjoy all historical periods and genre's (as can probably be seen from the wide range of pictures I post) but I defy anyone not to be impressed when they see a well painted Roman army. Julianus at Ozogardana was a 25mm Ancients battle run by Uxbridge Wargamers and featured Late Romans versus a Sassanid army. 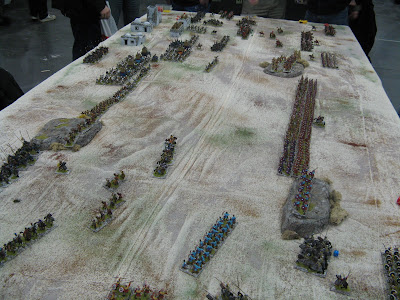 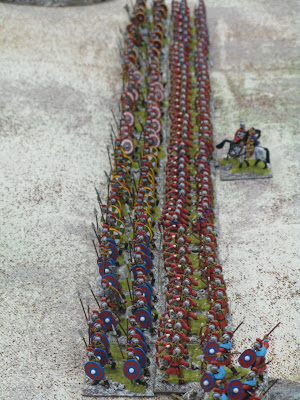 Tomorrow I will talk about some of the traders at Salute and reveal what I bought (and didn't buy) at the show.
Posted by BigLee at 08:01