I tend to be quite methodical when it comes to 'doing' Salute. I work up and down the aisles and try not to deviate from that pattern. The idea is that this way I won't miss anything and any pictures I take will be in a logical order that will help me identify the photos. This year I planned to stick to that pattern but as with the journey to Excel the plan went to pot pretty quickly. Firstly the hall was back to front this year so I felt a bit disoriented from the start. Then I had arranged to meet a friend and his son at one point and jumped a few aisles for a while before returning to my prearranged pattern. And having entered the painting competition I kept interrupting my prearranged schedule to go have a look at the opposition!
Despite this I came across and enjoyed a lot of the display tables and found time to talk to a lot of people throughout the day. I stopped at a lot of participation games and planned on returning for a game at some point but eventually just ran out of time. My apologies to anyone to whom I promised to "come back later" for a game.
One of these was the Assault on Innsmouth game by Gloranthan Army. This was a 28mm game based on the novel "The Shadows over Innsmouth" by one of my favorite authors H.P.Lovecraft. The table looked fantastic and very atmospheric. I'm gutted I didn't get to go back to have a play because I just loved the concept and the setting. 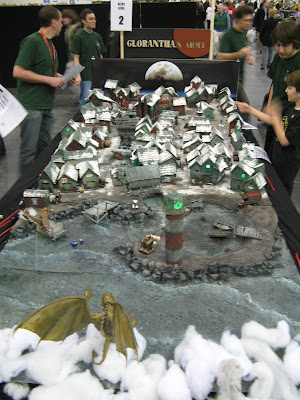 Another participation game that looked like great fun was run by Frothers Unite called Night of the Frothing Dead. The stark black and white cutout buildings were the perfect backdrop to hundreds of zombies. You can never have too many Zombies in my book (just ask my D&D group) so this game had my vote from the moment I saw it. 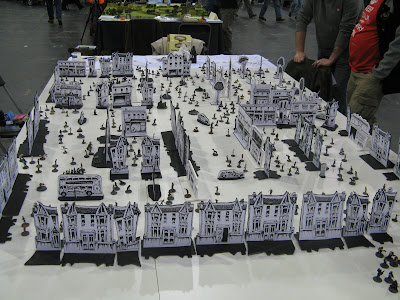 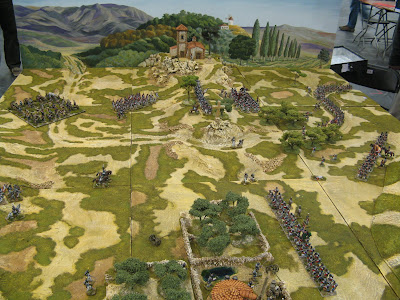 Set in Southern Spain in 1811 the battle scenario was a fictitious encounter during the Siege of Cadiz. I have always enjoyed the sight of massed ranks of Napoleonic infantry and these miniatures looked excellent. Although I am primarily an RPG player I was sorely tempted to buy a box of these minis and paint up my own unit. I resisted the temptation...this time. 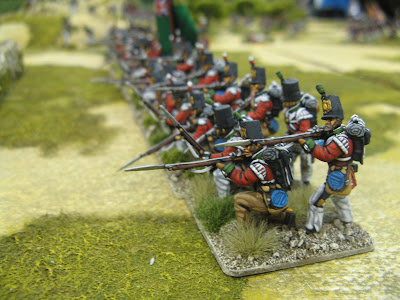 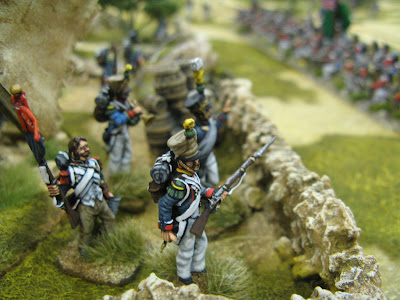 Another Napoleonic game that I enjoyed was the Perry Miniatures version of Quatre Bras featuring their 28mm plastics range. This was an amazing display to look at and full of little details to feast the eyes on. But it was the quality of the miniatures that made this such a pleasure to look at. I probably spent more time loitering around this table than any other. 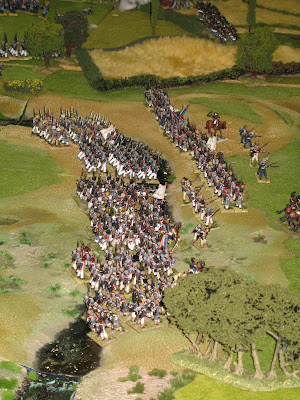 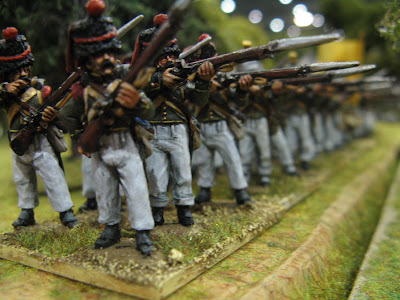 Another favorite table for me was the SSWG's White Winter in Russia. This was a WWII 20mm demo game. The scenario was a Partizan attack on a German armoured train. The terrain was excellent (snow is a difficult - trust me) and the attention to detail truly awe inspiring. 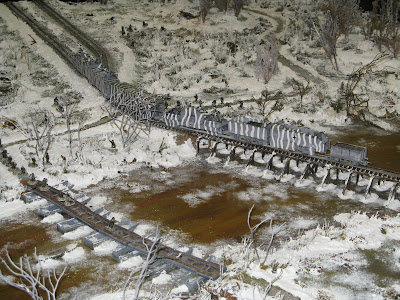 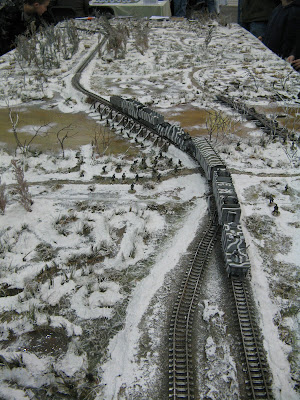