On Friday my eldest Daughter went to Ypres in Belgium with her school. Some parents were unhappy about this trip but I was glad the school didn't wimp out and water down the experience. I did WWI History when I was at school but the class next door – which included my future wife – skipped WWI in favour of "the History of medicine"… She managed to go through her whole school career without ever learning about either World War. Needless to say I was determined that this wouldn't happen with my kids.

I asked Sarah to write a few words about her trip and what it meant to her combined with some of her pictures. 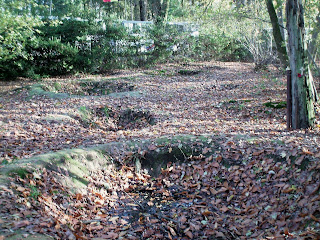 "My trip to Ypres was one I’ll never forget. Although my stay at hill 62 was brief, it gave me an insight into life in the trenches that you can’t really get anywhere else. The trenches themselves have not been tampered with, and looking about some of the shell craters are so close that I can easily understand how terrifying it was. I definitely wouldn't have liked to live there for long, as most of it was submerged in a foot of water, in the dugouts the lighting is so poor, the footing is treacherous, and it’s so wet it wouldn't surprise me if there were a few broken ankles from the men who lived there. 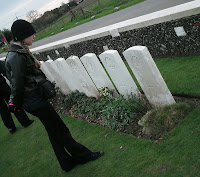 I also visited Tyne Cot cemetery, were row after row of grave stones stretch back, many of which were nameless. It’s was one of the biggest eye-openers of the day, and it genuinely surprised me that there were so many headstones. I know that I, along with the rest of my classmates, found the entire experience moving, and I agree with my friend when she said that ‘Although it’s sad, this is the most peaceful place I have ever visited.’
We finished the day at Menin Gate Memorial, and although the gate is massive in size, every inch is covered in the names of soldiers whose bodies were never found. Before we left we laid a wreath of poppies by the gate and I was asked to read out a poem; we were not the first to leave a wreath, and I was glad to see the masses of poppies that were laid to remember the men who died here, even after all these years." 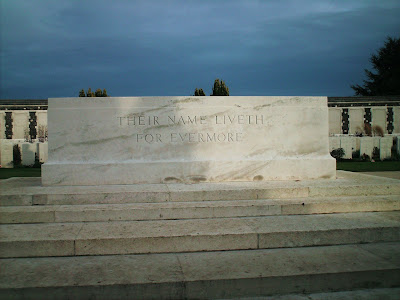