On Bank Holiday Monday I went to the Military Odyssey Living History event at the Kent County Showground. I've been to this event several times and this was the events 9th year. It features re-enactors and traders covering a wide range of periods.
As well as larger battle reenactments there are also much smaller displays such as this one by the Hopolite Association. 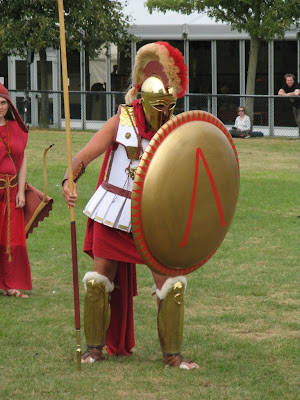 Of course the more popular - and therefore larger - periods are represented very well at an event like this. This American Civil War display was demonstrating battlefield drill. 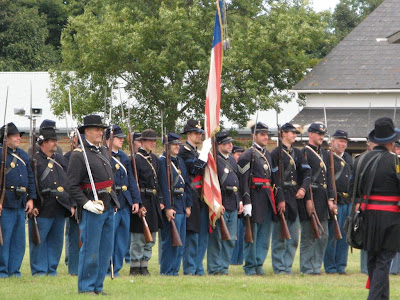 Although much smaller in number I thought the WWI re-enactors put on one of the best demo's of the day. The British were represented by groups like The Birmingham Pals & the 10th Essex. The massive German army was represented by about 8 re-enactors from Infantry Regiment 28. 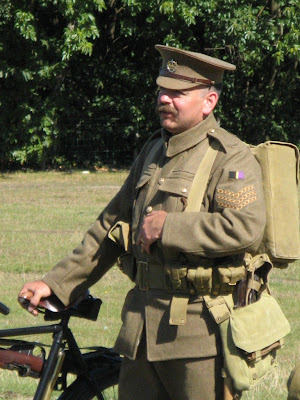 The thing I like about this event is that there is always something to surprise. And the quality of the recreations is always very high. 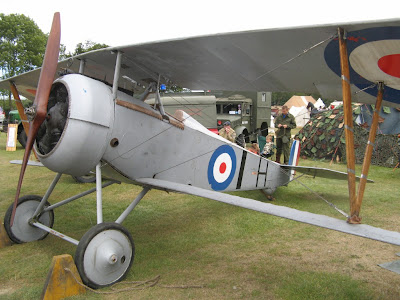 This year the event seems a little slow and didn't get busy until after lunch. I spoke to several traders and they said that business had been brisk over the weekend. Maybe the weather (which started off a bit gray) put people off. 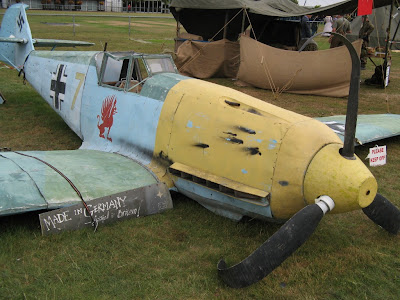 There was a distinct lack of Armour at this years show. The only WWII tank (on either side) was a Pz.Kpfw. IV (medium tank). We saw this vehicle a couple of weeks ago at the Damyns Hall Display. The Panzer IV was the mainstay of the German Panzer Divisions during WWII, in production - with various upgrades in weapons & Armour - for the whole of the conflict. 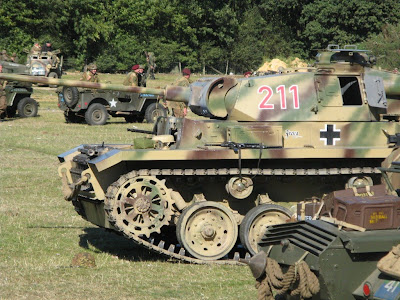 I'll try to post some more video from the event in coming days but in the meantime here's a link to my Picasa Web Album for this event.
Posted by BigLee at 08:01