I have to say Zombies are scary. I can watch most horror films and enjoy them like the next man... but Zombies give me 'the willies'. I watched most of 28 Days Later from behind the sofa. It was like being a kid again.

So what is it that makes Zombies so compelling? There seem to be shed loads of games out there (such as the game I saw at Salute 09) in this horror sub genre and hundreds of films (I mentioned my mates film in a recent article When Zombies Attack). I guess for me it was watching Bruce Campbell tackling the undead hoards in the Evil Dead trilogy. 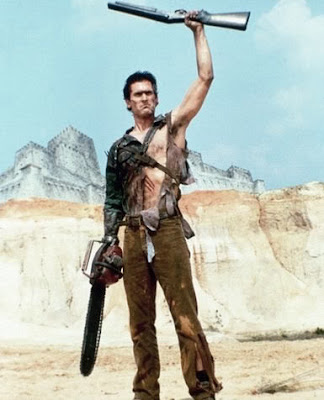 Last year my gaming group took an evening off from D&D to play the board game Zombies!. We had a great time and now I'm looking for something in a a similar vein (no pun intended) for our group to play when the normal campaign can't be run. 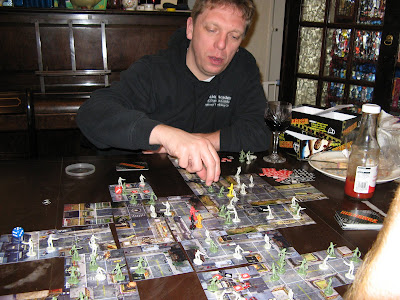 In my own D&D campaign I set up an encounter between my players and a large number of zombies. For me this was one of the most enjoyable encounters I ran, but maybe that was beciase I managed to kill a PC for a change... 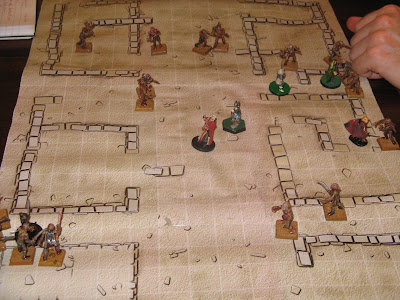 Since then I've been looking at the game All Flesh Must be Eaten which looks ideal for short duration games. It's an RPG with Zombies in it. Little more needs to be said rearly. Any game that gives everyone an excuse to moan "braaainns!" must be fun.
Posted by BigLee at 08:01