Wargames by the sea

To the Redoubt! is an annual wargames event held at the Eastbourne Redoubt in East Sussex, UK. Situated on the seafront the Redoubt was once part of Britain's defense against the French during the Napoleonic wars and later against the Germans during WWII. In 1977 a group of ex servicemen acquired the Redoubt to hold displays and thus the fortress became a museum. The show is run by the Eastbourne Wargames Club and this year was the events 25th anniversary. 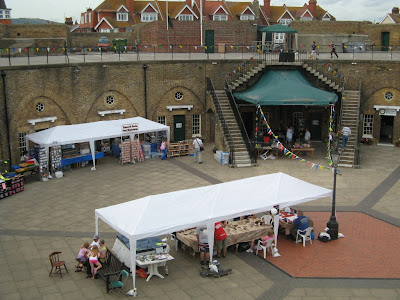 The parade ground inside the Redoubt is put to good use housing the traders at the event. According to those I talked to they have enjoyed unprecedented good weather over the 25 years the show has been running. Although the show is a fairly 'quiet' affair, none of the traders seemed to mind when they could combine a business with a bit of sunbathing!

The Bring & Buy stand was a particular highlight for me as items for sale were turning up during the day (I went on Sunday but the show had already been open one day by this point). I popped back to look several times during the days and picked up a few bargains, mostly books. My best buy of the day has to be a mint copy of the Rapid Fire rules, a snip at £3! 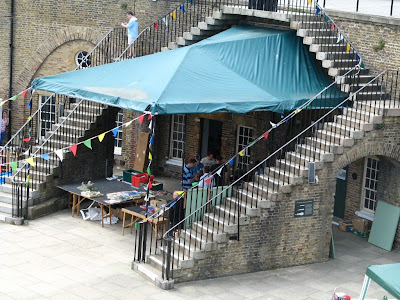 Inside the fortress itself (in each of the casemates) and situated amongst the existing exhibits and displays were a number of games run by local gaming groups. This game run by the West Country Originals was particularly good to watch. Based on the French and Indian Wars this game was titled The Harrowing of Quebec and was set during the summer of 1759. The British General Wolfe has launched a campaign in the area around the town of Quebec in a bid to convince the Canadian Militia (working for the French) to desert. 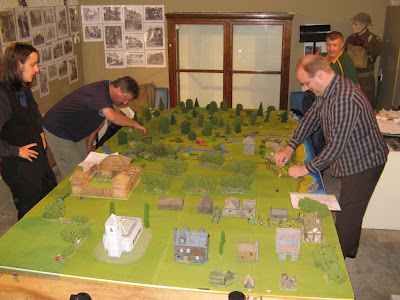 The Museum itself has an excellent Diorama of the Battle of Quebec which took place in September 1759, during which Wolf was mortally wounded. 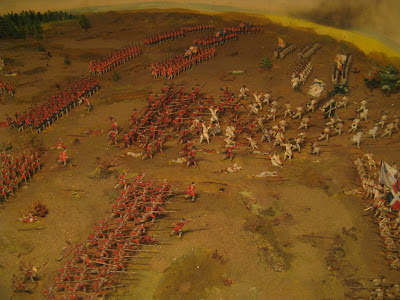 Another excellent display game was The Italian Job run by the South East Essex Military Society (SEEMS). This was based on the Normans in Italy and at the time I turned up a vicious struggle was taking place in the crest of a hill. 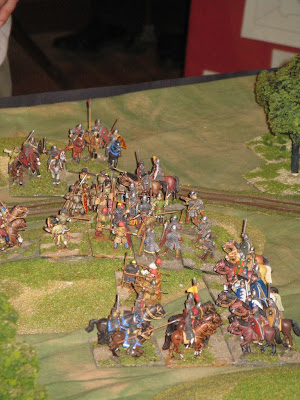 Meanwhile members of the Eastbourne Wargames Club were playing Wings of War in an adjacent casemate. I've seen this game played at a couple of shows and it looks like fun... 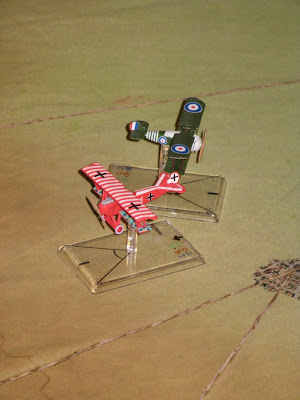 I also met up with a couple of chaps I saw last year, Adrian & Richard of the Deal Wargames Society. This year they were playing Skirmish in Sicily 1943, a fictitious encounter set against the historical setting of Operation Husky (the invasion of Sicily). In this game elements of 2 SAS and 3 Commando attempt to hold a bridge over the River Simento. They are supported by armour from the 3rd Country of London Yeomanry and 2nd Kings Royal Rifle Corp. Facing them are Fallschirmjaeger from the 1st Parachute Division and Panzer-Grenadiers from the Herman Goring Panzer Division. 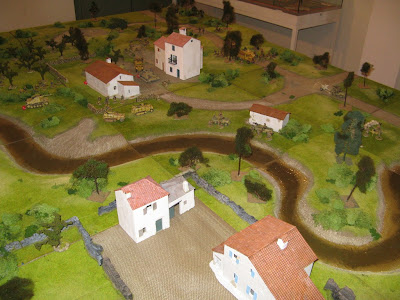 Out in the courtyard/parade ground there was another participation game, run by the South London Warlords. I first saw this game earlier in the year at Salute 09 and its remained as impressive second time around. Anyone who loves the film Zulu will enjoy this game and can't fail to be impressed. Here we see the British have corralled their cattle and pack horses against the impending attack. 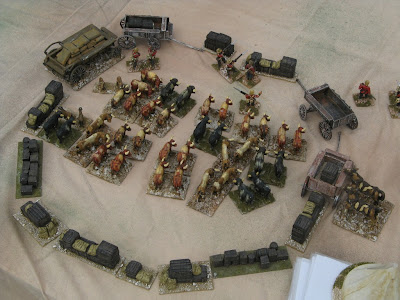 As well as the games and traders the Redoubt is also the home of an impressive museum that fills most of its interior. Currently there is a special exhibition about Prisoners of War but the museum also holds permanent exhibits and displays. Here we see a cut-away Mills Hand Grenade showing the detonator mechanism. 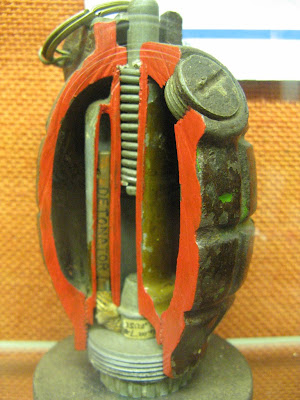 There is also a nice display of uniforms and other items from the Crimean War. 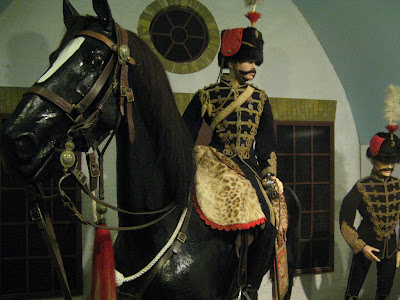 Aside from these larger displays there are hundreds of miscellaneous items that are fascinating to explore. This spitfire engine was one such item and was accompanied by an interesting description of its recovery and transport to the museum. 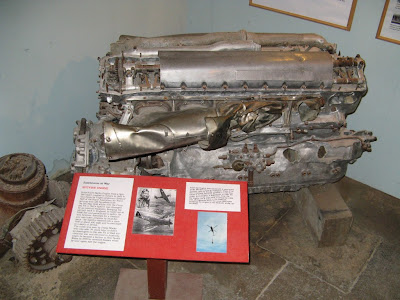 This Iron Cross is just one of hundreds of medals on display in the museum. 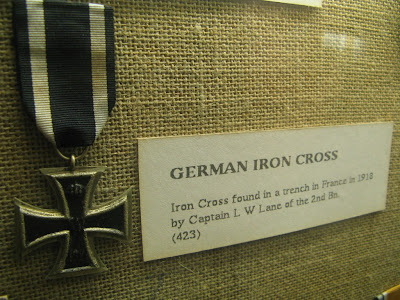 One of the larger exhibits that caught my attention was this Kf Z 21 Staff Car. This belonged to General 's Steyr (Erwin Rommel's successor in Africa) and was captured at the end of the war. Quite how it made it to Eastbourne I'm not sure and exactly how they managed to get it inside the building is a mystery. 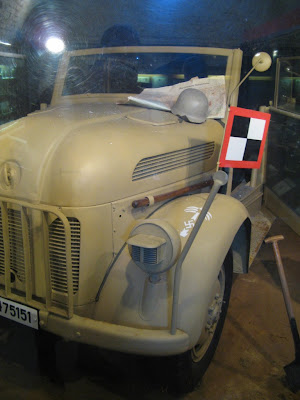 I really enjoyed this show. The combination of traders, displays and the museum made this a full days event and made the two hour drive down and three and a half back (don't ask) worth it. I have posted all my pictures from the show in a Picasa Web Album which you can see by following this link. I hope you enjoy the pictures and encourage you to make this show part of your convention calender for 2010.
Posted by BigLee at 08:01