Throughout its many editions the D&D character sheet has always included a small section for Game Notes. While this may have been sufficient in the 'Dungeon Crawl' era, many modern players realise that this small section is inadequate when faced with the often complex and plot rich games of today.

Gaming groups now often keep a campaign journal or at the very least detailed set of notes to record events during the course of a campaign. This is especially important if your sessions are irregular or players miss games because of work or family commitments. As a GM I also find that a Journal is often the only record of a campaign, long after the original notes have been thrown away.

With this in mind here are a few of my top tips for writing and maintaining a Campaign Journal. 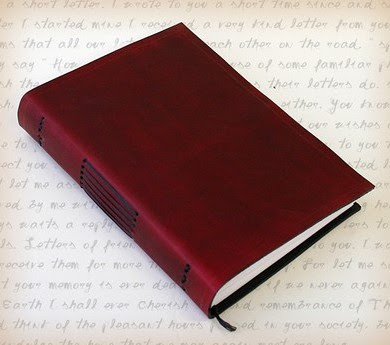 Header Your Notes & Number each page. When note taking I always start the page by recording the Session date (and number if possible), the In-Game date and time and who attended. I then finish every set of notes with the XP awarded for that session.

Only record the important stuff, don't get bogged down with mundane details. Try to stick to key details such as names, dates, distances, key events & encounters, enemies fought, NPC’s met and treasure found. It's also important to record the actions of the PC's as this will make the notes relevant on a personal level to each player. Record memorable quotes, heroic deeds and key PC actions such as who took the lead in parleys, negotiations & battles.

Use Abbreviations & Symbols as a form of shorthand to make notes quicker & easier. In particular use Character Initials to identify PC's rather than full names. Whether your a player or GM you don't want to spend the whole game making notes and not participating yourself.

Record by Encounter. Separate your notes into sections, one encounter at a time and Identify journeys between encounters with blank lines. In fact its a good idea to space your notes to allow for additions/amendments later.

Probably the most important thing to do is always review your notes at the end of each session. This is your chance to go back and add little details you missed during the game. Or maybe at the end of a session something stands out as important but didn't get recorded because its significance wasn't clear at the time.

If you like to type up your notes after a game, try to adopt a system to Colour code key facts such as names, foes, NPC’s, treasure found, and key locations. This will make the notes easier to scan and will make them a much better aide-mémoire during later game sessions.

A campaign journal can be both a useful tool and a permanent record of your gaming sessions. As such I consider it a vital part of enjoying - and getting the most out of - the game.

Email ThisBlogThis!Share to TwitterShare to FacebookShare to Pinterest
Labels: RPG's