On Saturday the whole family went to the Spar Valley Railway in Tunbridge Wells for their 40's themed weekend. The fickle British weather managed to stay dry and on the whole sunny for the day and the event was consequently well attended. Unfortunately the Battle of Britain Memorial Flight were not able to do their scheduled flypast as the wind was too high but overall it was a good day. 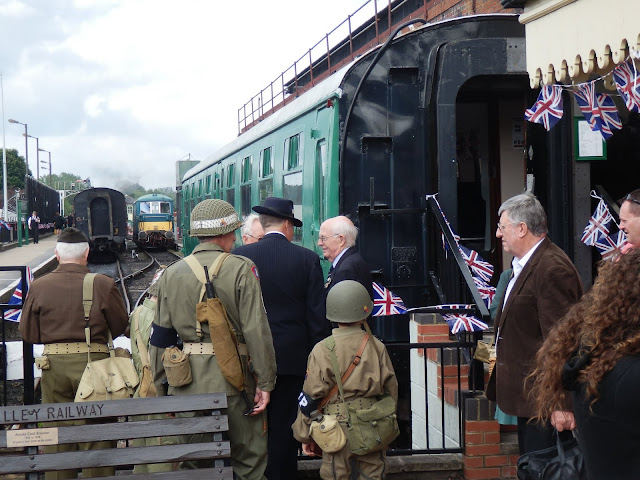 When we arrived and bought our tickets we were also given an Identity Card each. This was a facsimile of the ID cards that everyone were issued with during the war. Throughout the day period dressed Police checked our ID Cards and stamped them. All children were also issued with a Brown parcel tag to be tied to their clothing with their name on it, just like evacuee children from the war. 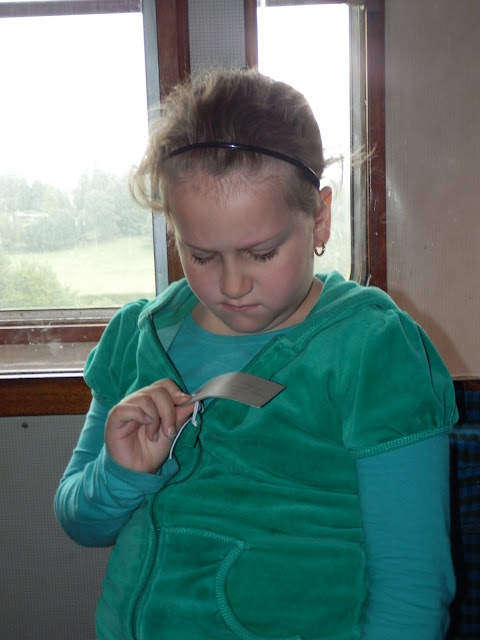 The Spar Valley Railway is single track for most of its length and only runs through four stations but a round trip will take about 90 minutes and passes through some lovely countryside. England rally does look like the Garden of the Gods when the sun is shining. At each station there were themed events including 40's Dancers, Home Guard living history groups, vehicles and stalls selling clothing and jewellery. 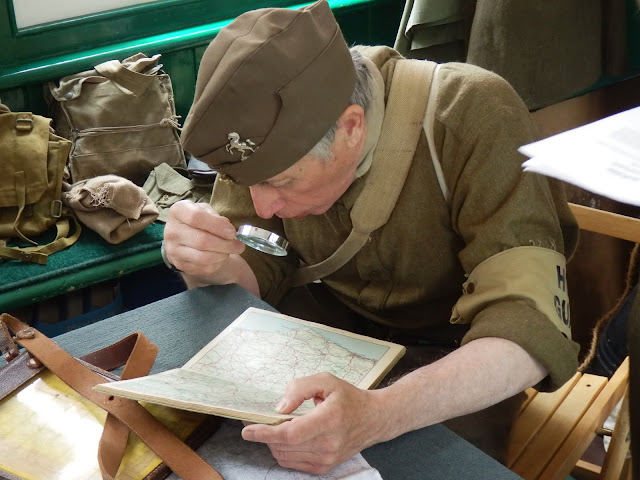 One of the more interesting things to see was the Home Front Bus. The Bus offers a unique Living History Experience inside a classic double deck bus. Inside the visitor will see a reconstruction of a 1940’s Living Room, a Shop complete with examples of rationed produce, Bombed out Street and an Air Raid Shelter. 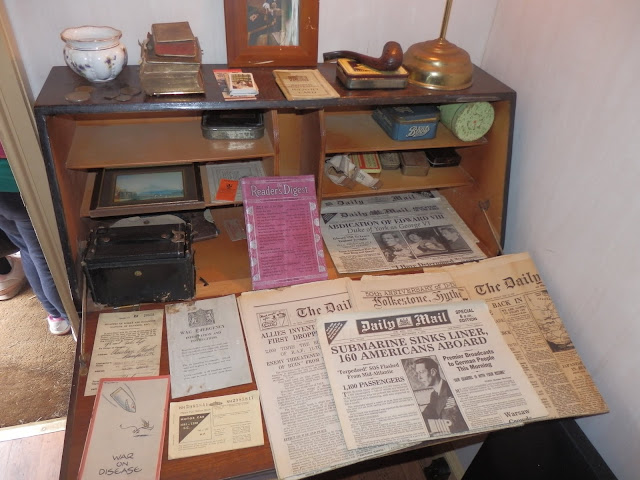 I'm not a railway enthusiast as such but I do enjoy travelling on a steam train. The sounds and smell is evocative of a less hurried way of life and a more civilised way to travel (ie not packed in like sardines). I had great fun ignoring the signs saying "Keep your head inside the train" and was rewarded with a face full of soot and some great photo's of the engine. 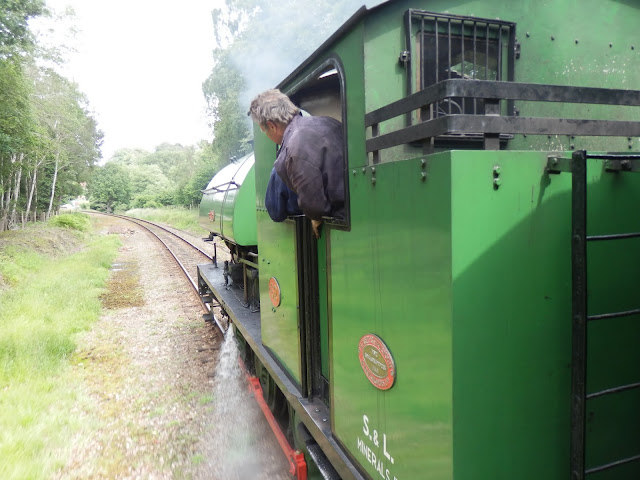 There were also a few vehicles on display like this Austin Six. 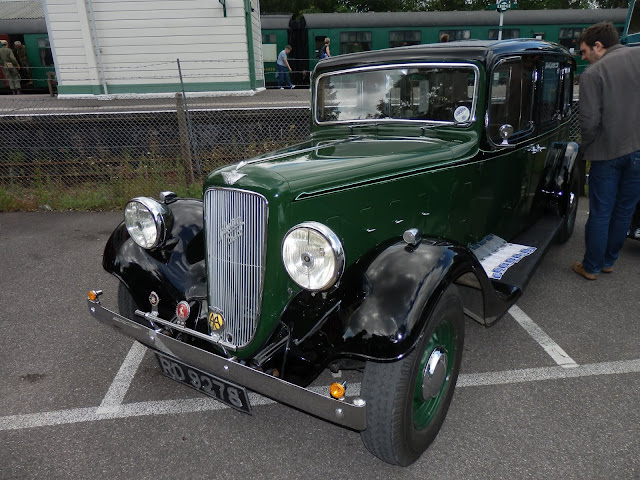 There was also this truck which I didn't recognise. It was immaculately maintained but with no one around to ask and no information available I couldn't identify the make and name. Anyone have any ideas? 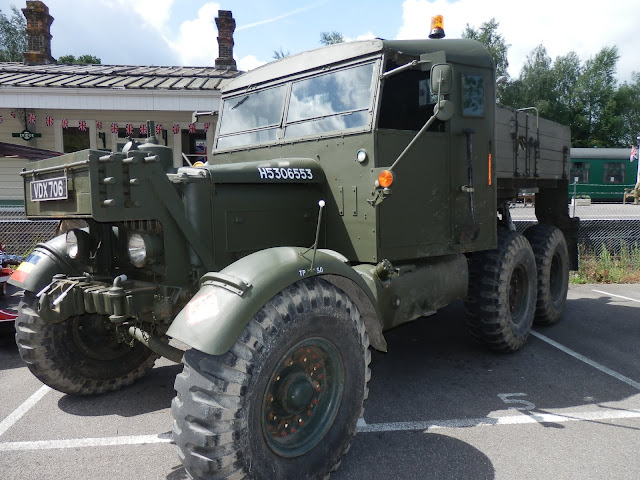 After we had finished with the Railway we walked over to the Pantiles' market area in Tunbridge Wells. The 40's themed weekend was being carried here as well with Jive Dancers and period Market Stalls. The best bit though was the Ravensbourne Morris Men who entertained the crowds with some traditional folk dancing and accordion music. 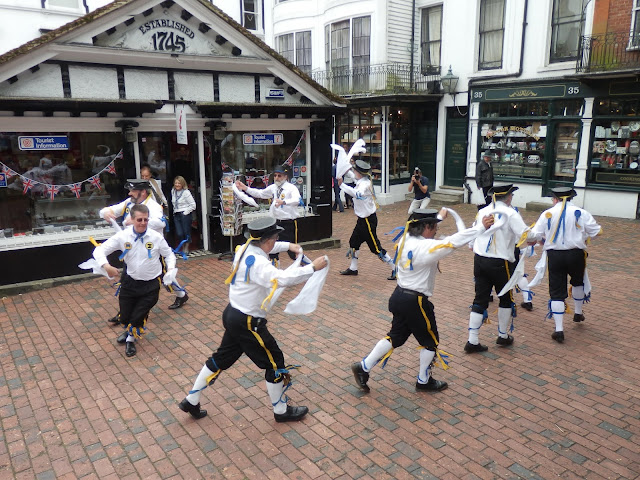 I think that deep down in every true Englishman there's a Morris Dancer trying to get out. But I won't admit that in front of the kids... they think I'm weird enough already as a Wargamer.
Posted by BigLee at 12:04