When I was at Broadside on Sunday I heard possibly the funniest description of me ever. Ray called me "the Rich Reject"!!! I laughed out loud and then Fran chimed in and confirmed that was how I was described. I'm both highly amused and flabbergasted because I am anything but rich and certainly don't spend as much on my hobby as some of the other members of the group (naming no names!). 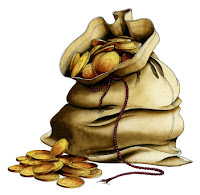 This got me thinking about conversations I have had over the last couple of years with lots of traders and gamers about the state of the industry. I always seem to get a bit of a mixed impression from conversations I have at shows with some traders saying business is steady and others predicting the end of the industry as we know it. This was the same last weekend at Broadside with some traders clearly taking a lot of money on the day and others less so.

My general impression from talking to gamers is that hobby expenditure is being squeezed but on the whole is remaining steady. Which leads to the point of this post - a pair of totally unscientific Polls!

My hobby budget has remained about the same over the last couple of years but I expect things to get a lot tighter over the next year or two. As a family we have lost a significant portion of our income due to changes in the last couple of budgets (Thanks Dave & Nick!) and unless we can offset that with other income all areas of household expenditure - including money for hobbies - will have to be cut back. I don't feel like the "rich reject" and I expect to feel even less rich in the coming year. So what about you?
Posted by BigLee at 17:00