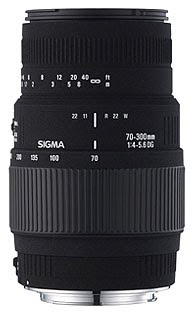 I upgraded from a digital compact camera to a digital SLR earlier in the year and I haven't stopped shooting pictures since. The camera came with an 18-70mm zoom lens which is ideal for the sort of close quarters reportage style of pictures I like to take. Its an ideal 'Holiday' lens, but its not so good for long shots.

My Boss is a keen photographer and lent me his 70-300mm zoom lens for my trip to Bovington in June and I was very impressed by its versatility. So impressed I borrowed it again a few weeks later for the Damyns Hall Military & Flying Vehicles display. But borrowing an old lens that has been re-chipped for digital isn't an ideal solution so I started looking for a new lens to purchase myself. After looking around at various options and weighing up the costs I settled on the upgraded version of the lens I had been borrowing. Then my lovely wife stepped in and bought it for me as an anniversary present. I love my wife, but especially when she buys me new toys.

Its lighter than than lens I was borrowing, the auto focus is quieter and faster and the optics are clear and precise. I've shot a few practice pictures but the real test will be the Battle of Britain Air Show at Duxford next weekend. Keep an eye open for my pictures sometime next week.
Posted by BigLee at 09:01

Email ThisBlogThis!Share to TwitterShare to FacebookShare to Pinterest
Labels: Photography