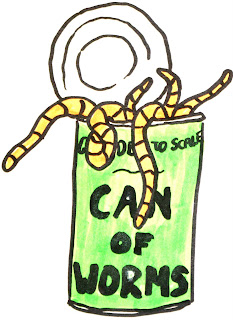 Why oh why did I venture into the subject of scale?!? I must have been out of my head. Thus far pretty much all of the feedback I have received on Mondays Guide to Scale has been positive and informative and I have learned a lot. But I have also come to truly understand the complexity and intangibility of the whole subject. Crunching the numbers and deciding which assumptions to adopt and which to abandon is giving me a headache. Whatever I do It will be utterly wrong for some people...and they will be completely right to think so.

I work in an industry who's unwritten motto is "Assumption is the mother of all muck-ups" (or something like that). Scale, as defined for gaming purposes, seems to be built on a huge foundation of assumptions built on top of different definitions which in turn rest on a sandy beach with the tide coming in!

Firstly, what is the average sized human? Height varies between ethnic groups, between the sexes and over time. So whatever height a manufacturer (or blogger) settles on as 'average' is by definition a compromise. I have based my table on the height of the average man being 5ft 8inches and the height to eye level as 5ft 3inches. The only reason I have done this is because it seems to correspond to average heights for European males and because several other sources online have chosen the same height. Its a compromise and an assumption, but its a firm point from which to start calculating scale.

Another big problem is that manufacturers and most gamers measure height in different ways. It seems to be an 'industry standard' that model height is the measurement "to eye level". However this isn't always the case and its impossible to definitively state that all manufacturers use this method when clearly some measure to the top of the head. One change I'm planning on implementing with my original table as posted on Monday is to add a second height column showing the theoretical height to the top of the head. The current height listed is based on the assumption that height is measured to eye level.

I think the biggest misnomer however is the idea that our models are a particular 'scale' and persist in referring to the height (such as 28mm) as a 'scale'. To be utterly pedantic about this that is not the correct definition of the word. One definition I found online says that scale is "A proportion used in determining the dimensional relationship of a representation to that which it represents". Now I'm no linguist but that sounds a lot like the Ratio or Fraction (eg 1:72 or 1/72nd scale) rather than a vague height to eye/scalp/hat level.

For me - and this is just my opinion, not a statement of right or wrong - which definition we use doesn't matter. I'm not a scale modeller, I'm a Gamer and slight variations in size don't bother me too much. For some gamers this is utter blasphemy and I wouldn't be surprised if a whole group of readers un-followed this blog immediately! [Please stay, I promise to behave in future] What I am most interested in is can models from different ranges and manufacturers be used together? and that is a much more difficult question to answer.
Posted by BigLee at 09:01