Games Table of my Dreams

When I was a child I played on the floor with my toys. Then I grew up and played at a table. Then I found Wargames and the table wasn't big enough, so it was back to the floor. Now I'm getting old a creaky and crawling around like a rug rat is not an option. I need a proper games table.

I've been inspired by several great looking tables that other blogger's have either purchased or built for themselves. I'm not very handy with a chisel so I guess I'll have to focus on buying rather than building something to play on. The current dining table is showing it's age and (like me) starting to look a little wobbly. We probably won't get round to replacing it until later in the year but in the meantime I'm dropping some hints about its potential replacement. These are mostly centred about buying a table that is big enough to double as a games surface and sturdy enough to take the weight of hundreds of lead models on it.

Somehow though I don't think our savings can run to buying the Sultan Gaming Table. At $8,800 its a little beyond our budget and probably wouldn't serve its main function as a dining table very well. 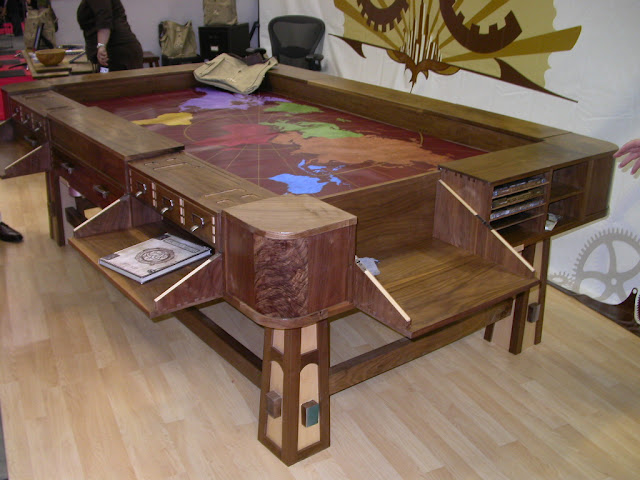 I wish I had paid more attention in Woodwork lessons when I was at school.
Posted by BigLee at 09:01