Blood on the Snow

I bought this model at Salute last year with the express purpose of using it in this years Challenge, one way or another. The figure is a multi-part resin casting from Heresy Miniatures. The figure needed minimal cleaning and removal of a handful of cast lines was easily achieved with a sharp knife and some needle files. The parts where then given a thorough wash and scrub in detergent before assembly. As this model is for display I just glued the parts together but I would recommend drilling and pining if the figure is expected to be handled on the games table. The last stage before undercoating was to use Greenstuff putty to fill some of the join lines and blend the fur together so the model looks like its been cast as a single piece. 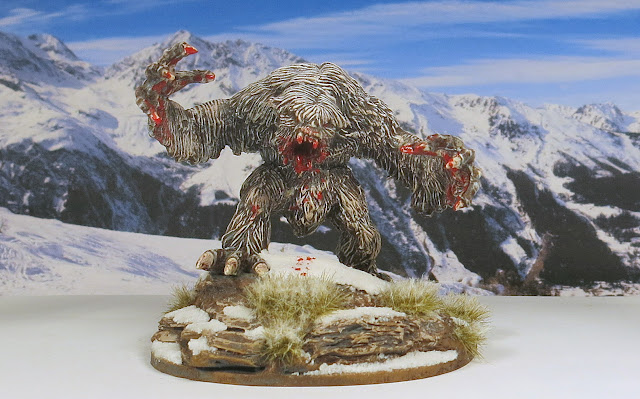 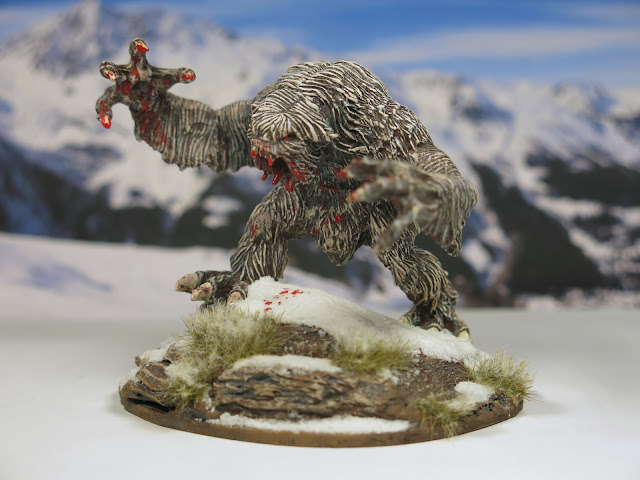 The next step was building the base. The figure is designed for use with 28mm figures so this Snow Troll is actually looking down at its lunch (presumably someones character model!). Instead I wanted the troll to be looking at the viewer so I tilted it up at the front by about 20°. I then built the base up using layers of dried bark chippings, wood filler and grit. The base was then painted with PVA to seal it before applying my usual brown base coat to the whole model. 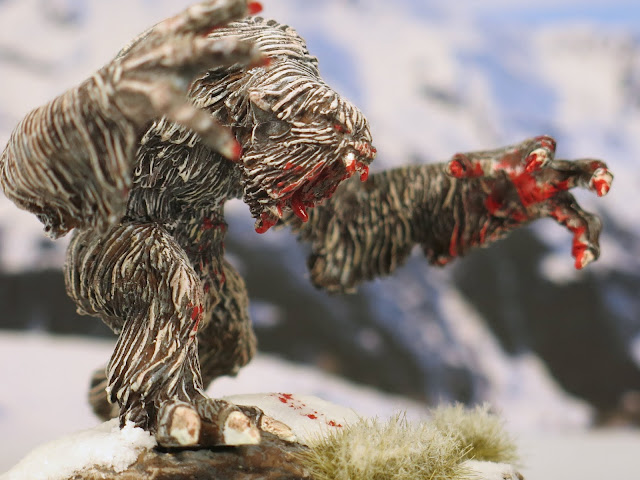 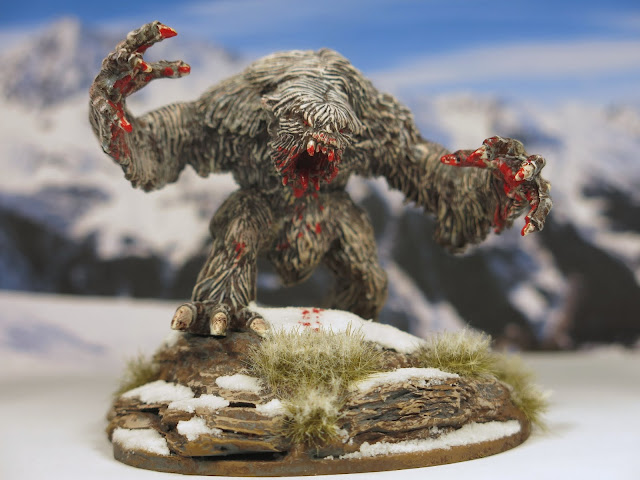 Heresy have a picture of this model on their website and I referred to this photo before deciding how to paint mine. I found their interpretation too white and on my version I wanted to see the wonderfully sculpted fur so I used a dark base-coat and built up the white with about five layers of dry brushing followed by an ink wash and more dry brushing to emphasis highlights. A similar layered dry brushing method was also used on the rocky base. 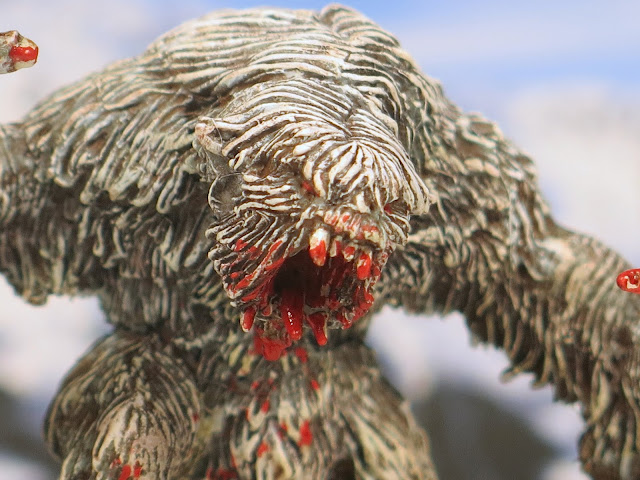 After painting and varnishing comes the groundwork. Once again I pulled out my pot of Tamiya Snow Effect textured paint (its more like a grainy paste, than a paint) to lay down some fresh snow. This stuff dries hard in a few hours but while its still wet it can be brushed and sculpted to whatever effect you want. More importantly for this project, once the snow has dried hard, paint can be applied to the surface without fear of it soaking in or spreading. I didn't want to cover the whole base so I left some of the rocky crag exposed. I then finished off with some frost covered grass tufts. I bought these at Salute last year and have been keeping them for just this type of project.

Overall I am really pleased with how this project turned out.
Posted by BigLee at 20:00