As promised (foolishly) a few weeks ago I have been painting the same six companies of Infantry in march order, line and now in skirmish order. This should give the British player a lot of flexibility with his troops and also means I can scale games down to quite small, single company actions if a scenario demanded it.

Each company consisted of 16 figures which I have now split into four bases of four infantry. These can be placed touching each other to form a skirmish line which has double the frontage of a formed company or with a gap between each base to represent an extended line. 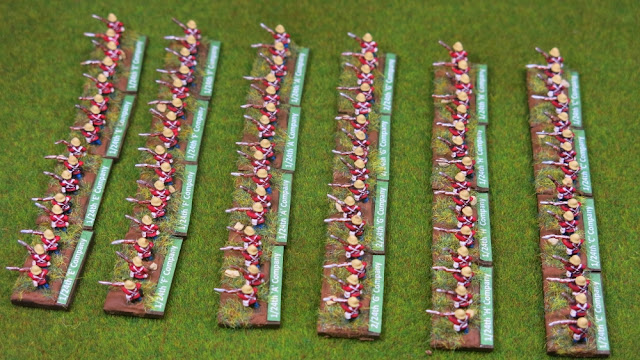 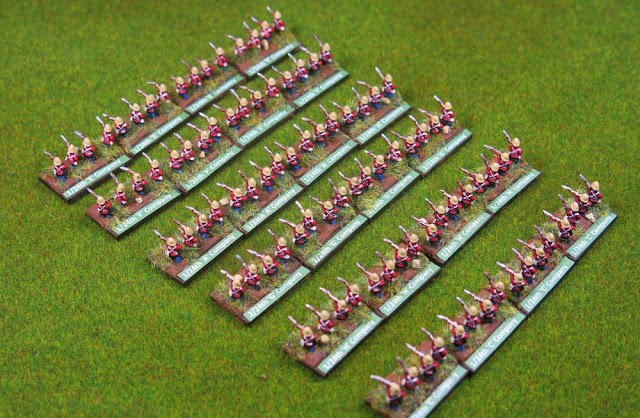 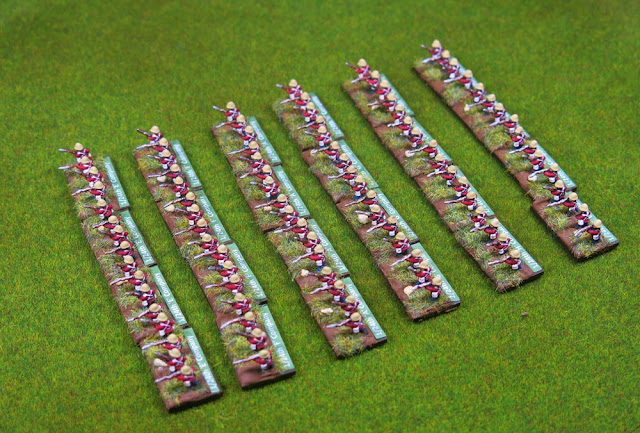 I have now painted pretty much all my British figures so I think, for now, that's the last of my Anglo Zulu War project for this challenge.


Its not my last entry though... I have a few 'special' entries for my parting shot and the field is wide open with regards to scale and theme, so watch this space.
Posted by BigLee at 10:02