The long process of Prep'ing for the Analogue Challenge has begun, and I thought I'd start with a little something to get Ray's blood pumping! I bought these Martian Tripods earlier in the year from Pendraken when I briefly flirted with the idea of doing the Anglo Martian War of 1895 in 6mm. Ironically it was the asymmetric nature of the struggle that eventually put me off pursuing the idea. I say ironically because I eventually decided to do the Anglo Zulu War instead, another asymmetric conflict from a few years earlier and one that probably inspired H.G. Wells to write his most famous work. 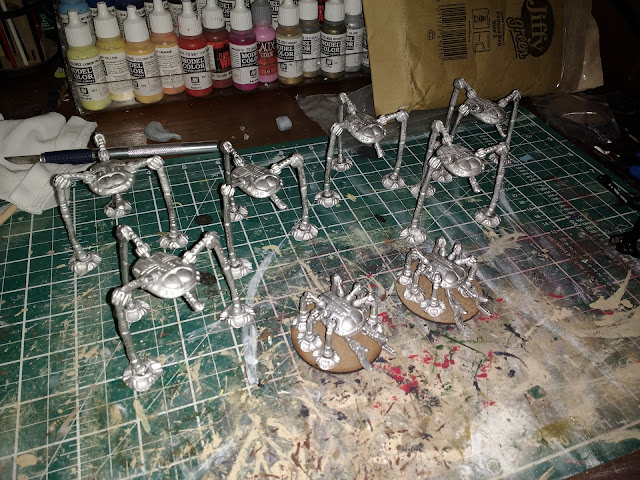 I'm waiting for some large round bases for the Tripods then I'll undercoat them ready for the Challenge. Although I have pinned all the legs they still feel too fragile not to base these models to dd some extra rigidity. No idea if these will ever end up on the games table but I'm looking forward to painting them non-the-less.