Lots and lots of Zulu's

More Challenge prep and this time I'm returning to a historical setting with the Anglo Zulu War. I'll refrain from using that line from the film but it is what leaps to mind seeing these laid out. This is over 760 Baccus Zulu's and, would you believe it, I don't think I have enough! 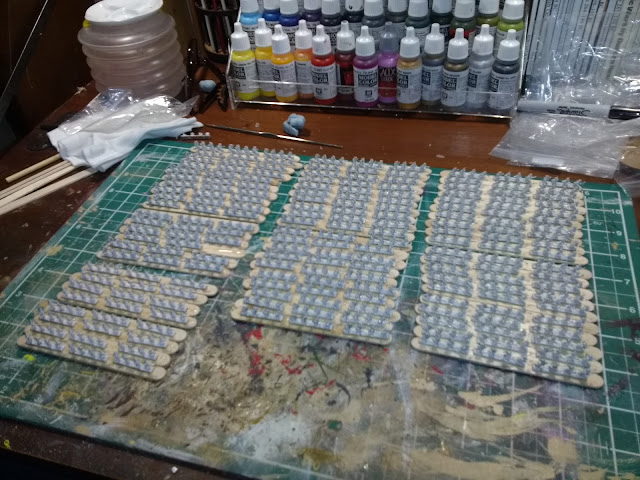 This lot will get me started but I'm going to need double this at least so last night I ordered another Baccus Zulu Army Pack. Hopefully they will arrive quickly and can be prepared and undercoated before the Painting Challenge Starts.

Incidentally I have thrown my hat in the Analogue Painting Challenge ring (the call went out for entries yesterday) and I have set myself my most ambitious target to date. 1000pts isn't much compared to the output of some of the big beasts of years gone by, but its higher than my previous personal best so will really test my stamina... it isn't called a Challenge for nothing!
Posted by BigLee at 11:59