The countdown to the Rejects demo game at Broadside has begun and as I'm putting the game together that means I have a long list of little jobs to do before the day. 90% of the game and models are done and ready so I'm trying to use the next few weeks to add extra touches that will improve the look of the demo and make running it easier. One such task is making more explosion markers. I already have a lot of smoke columns for burning vehicles but I also wanted some more 'dynamic' looking explosions. 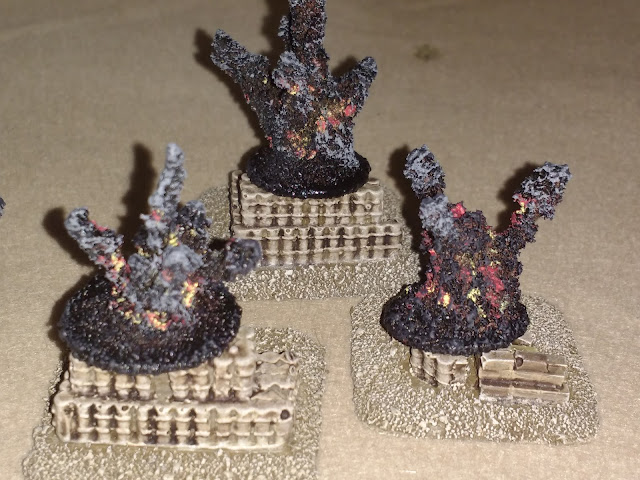 These models are a variation on something I made a long time ago and consist of a metal washer as a base with a wire frame made from a paperclip. This 'armature' was then coated in clump foliage and model turf using superglue to hold everything together. This was then soaked in pva glue and allowed to dry and harden. This is essentially the same technique I have used before to make smoke and dust markers.


The dried - and by now hard - models were then spray coated using a cheap car primer paint. I then added the odd spot of fire using bright yellow and red paint. The final stage which brings everything together are several dry brush coats of grey to accentuate the billowing smoke. Now my desert battlefield can be littered with burning AND exploding vehicles! 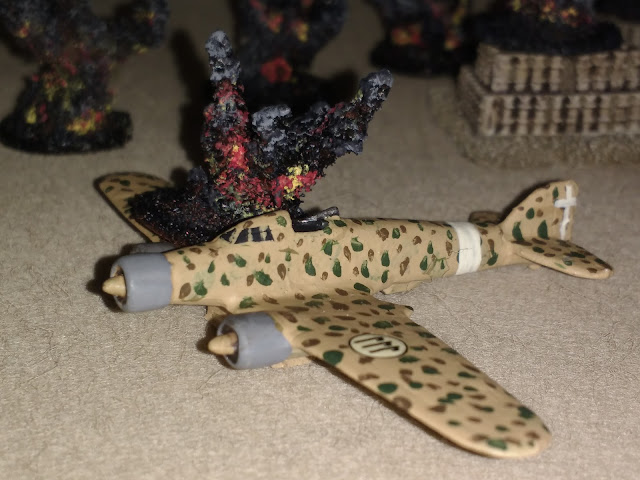 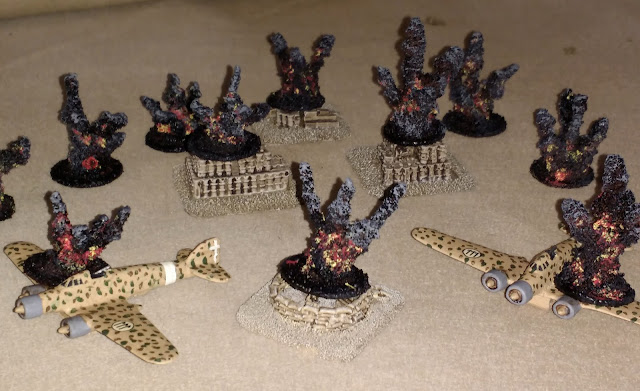