Today I am submitting a company of British Cruiser tanks to face off against the Italian tanks I painted last week. Once again I have chosen from FOW army lists and have largely opted for a squadron of A9 Cruisers accompanied by a selection of other vehicles. So there is also a platoon of MkIVIb Light Tanks, some Rolls Royce Armoured Cars that probably saw service in the last war and some 2pdr AT Guns mounted as Portees on the backs of trucks. 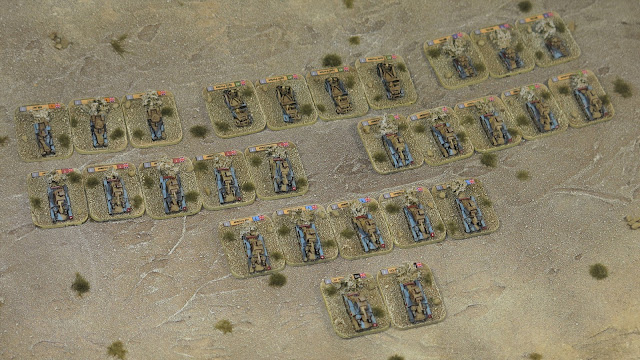 The A9 or Cruiser, Mk I was an interwar period design that was already on the verge of obsolescence by the time the war started. It was the first of the cruiser tanks, a concept that favoured speed of movement and gunnery on the move to outpace the enemy. The 2pdr gun in the A9 was a very effective weapon against the thin armour of the Italian tanks but at just 12 tons it was soon to be outclassed by heavier better armed German tanks that would soon arrive in theatre. 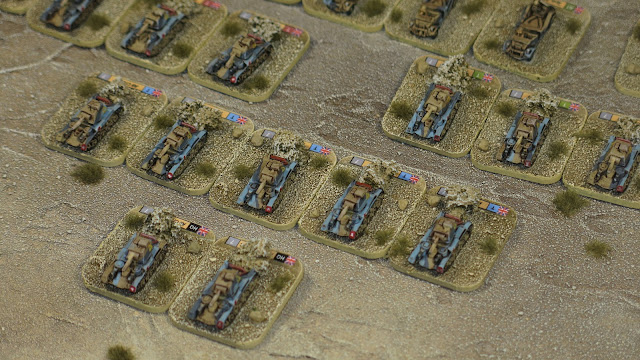 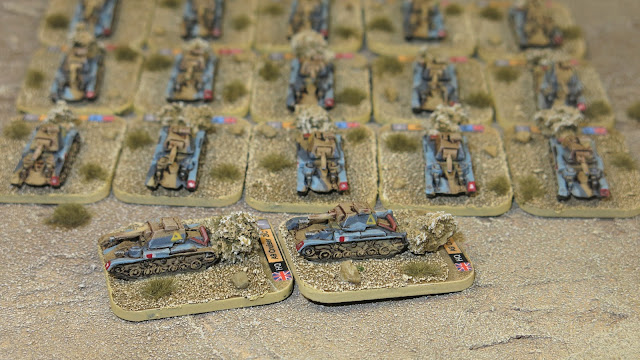 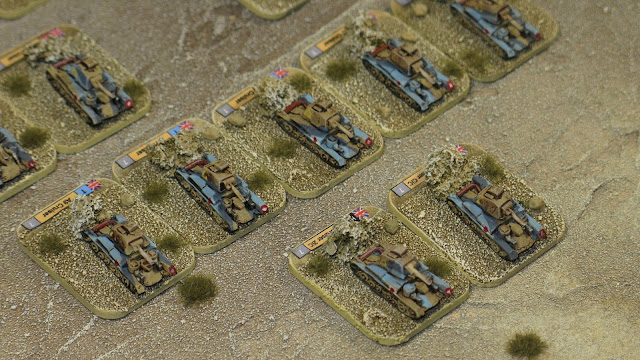 The Mk VIb was another interwar design built to provide armoured reconnaissance and for use in a colonial policing role. Several hundred of these tiny vehicles were used in Operation Compass, not altogether successfully. Their main value seems to have been in helping to round up thousands of Italian prisoners of war. 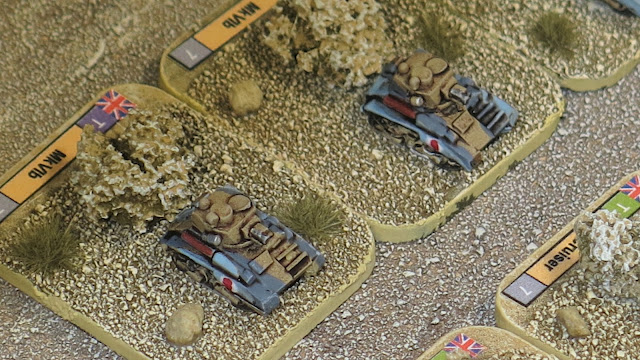 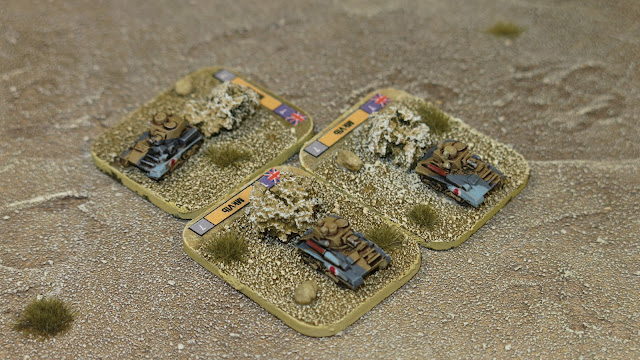 I have a soft spot for the Rolls Royce Armoured Car. I have seen a couple of these up close and they are a beast of a machine weighing in at nearly 5 tons and in earlier versions saw service in WWI. At the start of WWII there were about 70 vehicles still in service and in 1940 thirty four were in Egypt with the 11th Hussars regiment. Those that survived were withdrawn from service in 1941 as more modern armoured car designs became available. 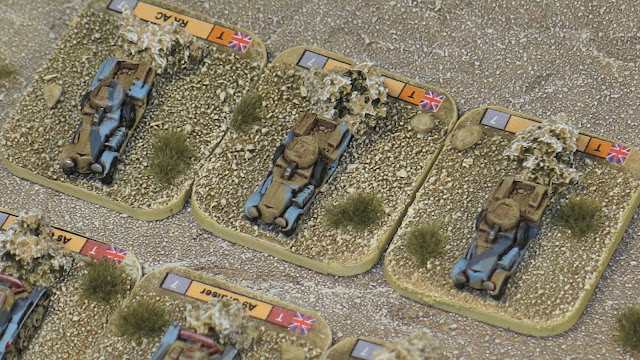 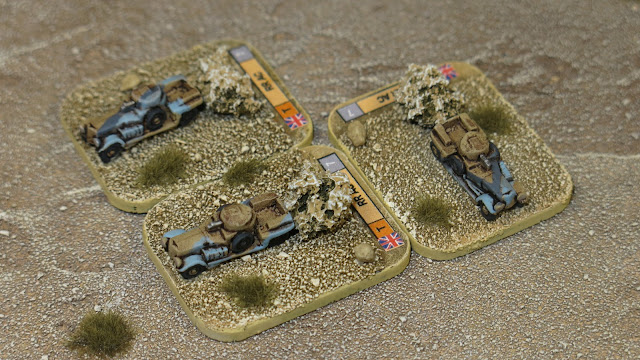 Last but no least I have some 2pdr AT guns mounted Portee on the backs of trucks. Many different guns were mounted like this but for Operation Compass the gun of choice was the Ordnance QF 2-pounder (QF denoting "quick firing"). 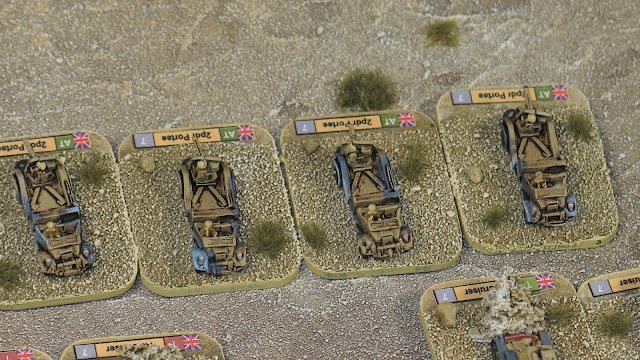 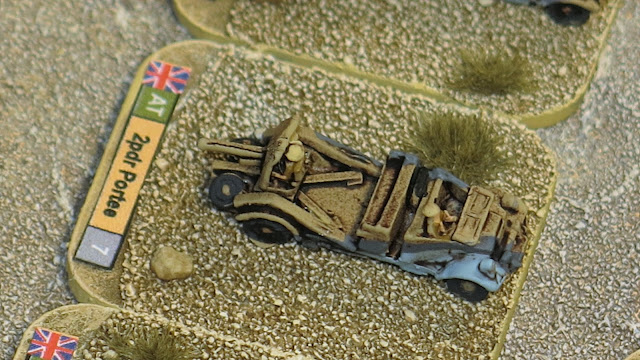 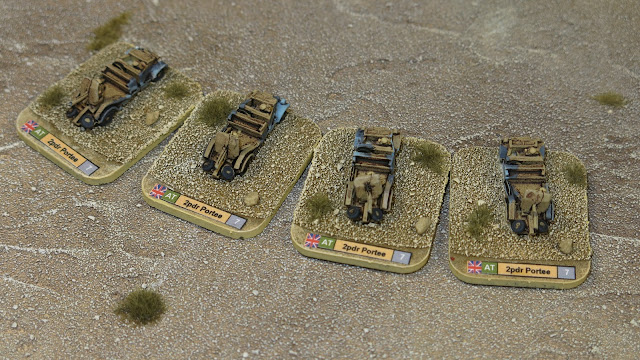 My Lead Mountain is starting to look more like a hillock! I'd better get shopping quick...I wouldn't want to run out of things to paint!!
Posted by BigLee at 07:25