Following on from the LRDG Patrol I posted earlier here is a full squadron of SAS jeeps. The Special Air Service's first parachute drop behind enemy lines was an unmitigated disaster. Many of those that were not captured were picked up by the LRDG and David Stirling was so impressed with these hard bitten desert troops that he teamed up with Ralpf Bagnolds LRDG for a series of joint operations. The LRDG became in effect a taxi service for the SAS, carrying small teams out to ops, dropping them off and then picking them up on the way home.

Later the SAS acquired their own vehicles and quickly settled on the jeep as its favoured transport. Bristling with machine guns and loaded with supplies small squadrons would penetrate deep into the desert far behind enemy lines to strike at airfields, supply dumps and transport columns. 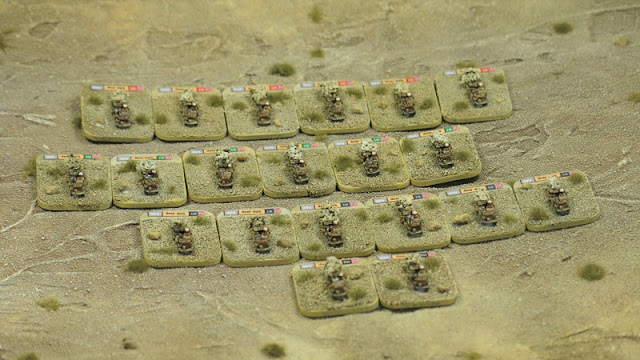 These models are by GHQ and like all their stuff are exceptionally detailed for this scale. The only downside to such detailing is the absolutely minuscule machine guns that have to be glued into position. Superglue will do the job but only if used liberally and in conjunction with an accelerator to get an instant bond. Fine tipped tweezers and infinite patience are also useful! 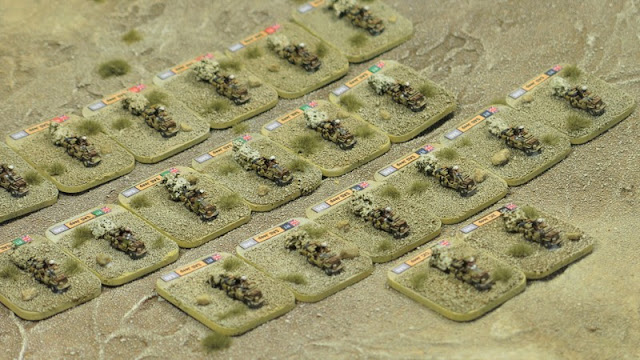 I opted to paint these in a plain sand colour. Some black and white photo's hint at a camouflage scheme on some vehicles but it is very hard to discern and I don't think it was in common usage. Most of these vehicles are covered in stowage items anyway so very little of the jeep itself can be seen. The vehicles are modeled with a driver and I painted them in typical SAS desert headdress. 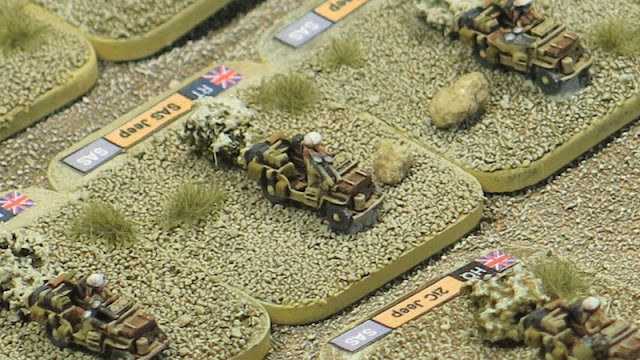 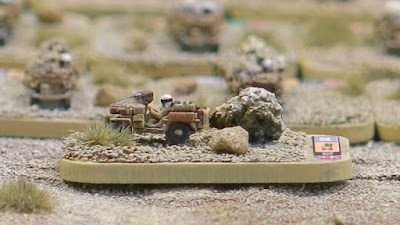 Twenty jeeps and crew for 50 points and I think this may well be my last desert/6mm entry to this challenge. I'm not quite completely done yet, but I think my final entry later this week will be a little different to anything I have presented before. Lets just say that if you like your miniatures purely 'historical' you may want to look away...
Posted by BigLee at 07:30