This week I have three British units that would have seen service in the early to mid war period of the North African campaign. These will be used as divisional support for my A9 Cruiser company I finished last week. First up is a squadron of Valentine II Infantry tanks. These models are by GHQ and as such have an incredible level of detail. They really are a beauty to behold. The Mk I version of this tank was in service throughout Operation Compass but the rushed production and design ment this version was plagued with problems. The next incarnation of the Valentine was the Mk II although this came a little late to feature in Operation Compass is did see service later in 1941. 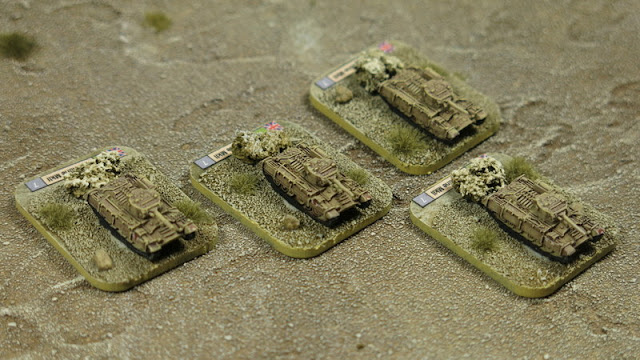 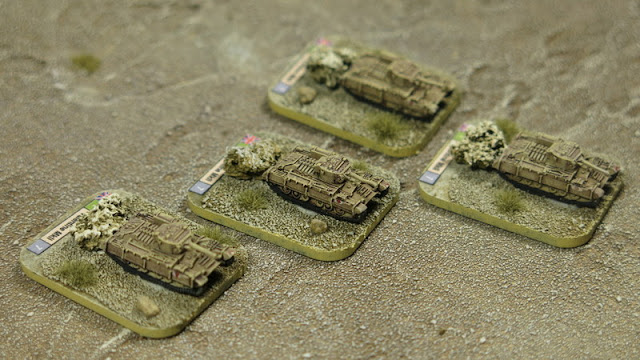 Next some Marmon Herrington Armoured Cars. The original vehicles were developed in South Africa using a Ford 3 Ton Truck Chassis and a four wheel drive train kit produced my Marmon Herringinton in Canada. At the outset of war these some of these vehicles saw service with the British in North Africa and when the Mk II version (with a shorter wheelbase and improved armament) became available these were also used. These models are also by GHQ and again the details are incredible, even down to riveted armour. 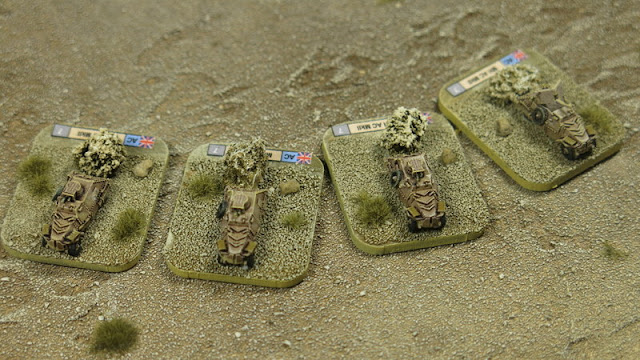 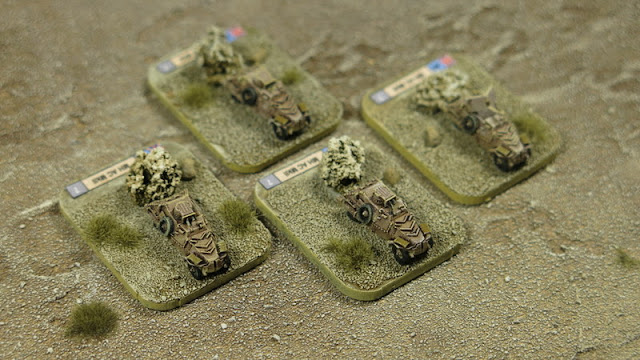 Next I have a battery of 25pdr guns with Morris Tractors to pull them. The 25pdr is one of those iconic weapons that was so good that its service life extended far beyond the second world war and was still being used by the British Army into the 1980's. When I started work on these models I had run out of the right bases and in desperation put them on 40x60mm bases instead (normally the tractor would be mounted on a separate base from the gun and its crew). 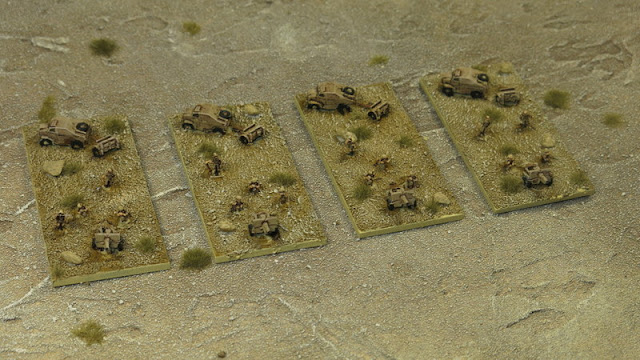 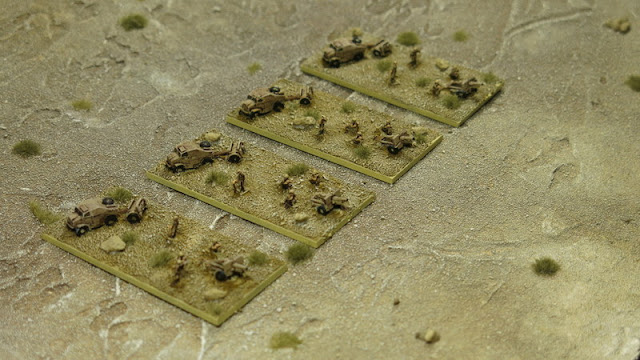 In case anyone is wondering, I didn't paint these units in the Caunter camouflage pattern I used for my Cruiser company for two reasons. Firstly these are Divisional support units, in other words they come from other regiments and therefore wouldn't necessarily adopted the same scheme as the others. Secondly these are all units that have a bit of longevity in game terms. Valentines, Marmon Herrington's and 25pdrs can be found on the North African battlefield well into the Mid War period and long after the A9's of my cruiser company would have been retired from service. I therefore didn't want to tie them down to the early war period by given them a camo design that was being phased out by mid to late 41.
Posted by BigLee at 07:51