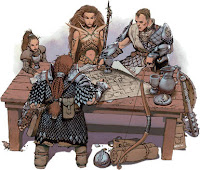 A handful of The Delver's will be meeting later tonight and once again we will settled on a simple board game as our entertainment of choice for the evening. Its been a bit of a struggle getting the group together for a game recently. We all have the sort of busy lives that prohibit anything like a regular schedule of games and just getting together a minimum number of attendees can be difficult to say the least. Around midnight when the guys have gone home and I have finished tidying up I'll probably find myself thinking about where we are going and worrying about the future of the group, just like I do after most game nights.


[This has morphed into quite a long post and sort of an 'open letter' to The Delvers; so you might want to get comfortable and settle down before reading it. Alternatively just hit the +1 button below and pretend you've read it!]


The Times They Are a-Changin' 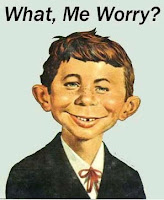 According to the Bob Dylan song "Then you better start swimmin', Or you'll sink like a stone" and he was right. If we don't make an effort to change the format of our group it'll sink without trace and before we know it the Delvers will be no more. We've been discussing this issue for years as our schedules have got busier and the games have become fewer, but the catalyst for this latest round of naval gazing has been the demise of our 4e campaign. Our GM has effectively left the group (although he seems reluctant to admit it) and what started as one missed game night has turned into 8 months of missed games with no end in sight. Its not his fault, he has kids, commitments and a demanding job - life has temporarily got in the way of gaming for him.

Other members of the group have their own issues and commitments to deal with. Three are actors and the very nature of their work means they are either away on shoot's or tied up in the evening with performances etc. They make those game nights that they can, and we all appreciate the chance to meet up, share news and relax. Of the eight members of the group probably only two of us have something that could roughly be described as a 'regular' job with regular hours. So a rigid schedule of games is bound to fall foul of our lifestyles.

Multifaceted Gamers
Most of the gamers I know have more than one hobby. I have a theory that if you are inclined to take up a hobby you have already crossed an invisible dividing line between those that do and those that don't. Once across that line, the barriers to taking up another hobby - and another and another - are only limited by how much spare time you have. So most 'hobbyists' (for want of a better phrase) have multiple demands on their time, and gamers are no exception. I'm a roleplayer and a wargamer, and I love Photography, and reading, and painting, and living history, and... well, you get the picture.

So expecting every member of the group to have the same level of commitment to roleplaying games would be pointless. Aside from our busy careers and home lives most of us are also trying to find time to squeeze in several hobbies and spending days and weeks planning an RPG campaign is increasingly unrealistic. Our last GM discovered this last year and so far none of the other Delvers have been able to find the time commitment necessary to run a campaign of our own and I'm just as guilty. I started preparing a HEX campaign but progress stalled because I got sidetracked by other things (namely my 6mm North Africa project). The lesson I take from this is that we need a much simpler approach to RPG's with a focus on quick, single session games that don't require lots of planning.

Shiney!
I'm the only wargamer in the group but I can still see an element of the traditional gamers desire for 'the new' in my fellow roleplayer's. They may not be out buying miniatures (there are only two of us that own a painted mini let alone paint them) but the desire to try new stuff is as strong as it is in any wargamer. The drain on our collective wallets is constant and never ending. 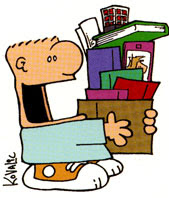 Over the years we have indulged in Fantasy RPGs (D&D, Warhammer Fantasy Roleplay), horror RPGs (Call of Cthulhu), Sci Fi RPG's (Dr Who, Traveller) and Super Hero RPGS (Marval Heroic) and there's a very real liklihood we will eventually play some Pulp games (HEX) as well. We've dabbled with CCG's (Babylon 5 and Magic: The Gathering) and countless boardgames of varying genre's. Variety is the spice of life as they say and you don't get much more varied than the gaming tastes of this group.

As a group we clearly like variety and don't like to be tied down to a particular game. We also all have different opinions about what makes a good RPG game. Some like them complex, others hark back to simpler days, some like miniatures based games others prefer pen and paper only. I think this goes some way to explaining why we have found it increasingly hard to hold down an RPG campaign, especially in recent years. With our erratic schedules it just takes too long between games for us to progress with a story or keep up to speed with the rules. Eventually some of us loose interest [Sorta like reading this post!] and when the group is in discord things just don't work properly. 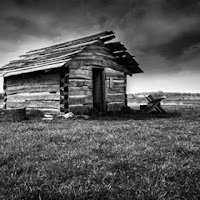 Another problem we have is the lack of a suitable games venue. For years most of the games have been at my house, but this has meant packing my family off upstairs out of the way. That was OK when the kids were little, and entertaining them was just a matter of finding a suitable film to watch on the bedroom TV. But my kids are getting older and don't want to be exiled upstairs whenever I have a game... and for that matter neither does my wife. She's a great sport, and dutifully trots off into internal exile on Friday nights, but its not fair on her and I know it.

When I win the lottery and buy a big house I'll make sure I have a large purpose built game room, but in the meantime we'll just have to make do with what we have. And what we have are seven semi regular players and therefore seven potential venues to meet at (hint, hint!). One of the advantages of sharing games around like this is that everyone gets a chance at an evening where they don't have to pay for a taxi or get the bus or a train. Hosting a game needn't be strenuous. 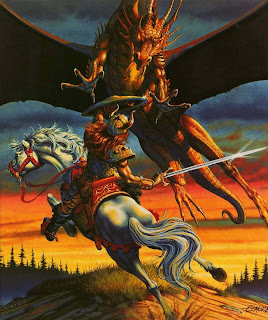 Put it out of it's misery, or find a solution
I remember reading a great article on GnomeStew a few years back about the GM that decided enough was enough and dissolved his gaming group. At the time I read it and thought "I'm glad that's not my group" but now I realise it is us.

We have reached a decisive moment in the Delver's history and we need to change what we do or the group will fall apart. Sooner or later we will call it quits and go our separate ways, and that scares me because I know that 'the group' has kept us in contact with each other even as our lives have diverged and members have moved away. More than that it has given us thousands of hours of shared adventures and stories that can never be replaced. I'll be an old man - sucking food through a straw - and I'll still be telling tales of my adventures in Greyhawk and Krynn, Pelinore, Ravenloft and the Forgotten Realms.


Ramming home my points in 'The Conclusion'
So there are my thoughts and ideas. We need a more flexible approach to game nights, with 'event' games rather than a schedule. If we are going to play RPG's we need to find systems that encourage single session adventures and are easy for the GM to prepare and run. When we aren't playing an RPG we need to embrace a broader range of games to keep things fresh and interesting. And we need to be a bit more creative with where we have games, sharing the load a little better. Whatever we do we need to do something, because the status quo just isn't working.

I hope it hasn't sounded like a long moaning rant, because I don't feel like that at all. My main concern is ensuring we stick together as a group and if that means shaking things up a bit then that can only be a good thing.
Posted by BigLee at 16:21