NSFW - I'm letting rip, and there will be swearing! 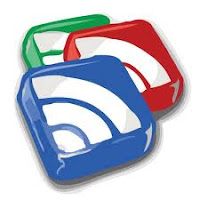 I'm a little bit pissed off right now. Hell I'm fucking livid! This morning, like every morning, I turned on my computer and went straight to Google Reader to catch up on my 422 blog feeds. Without reader I would have found it very hard to keep abreast of such a mass of incoming 'news' items and the best stuff would have been lost in the noise. But now I (and every other user) have found out that Google are shutting down Reader effective 1st July. To say I'm annoyed would be an understatement.

I should make it clear that I'm not the sort of person that Google should be screwing over, because I'm a committed and loyal Googlephile (or I was until this morning). I subscribe to most of their products including Blogger, Gmail, Drive, Calender, You Tube and of course Reader. In fact I use their family of products so much I have bought additional cloud storage for all my services and I pay for BLMA's domain through them. So shutting down a much used and well loved service and basically telling us to find a non Google alternative seems to me to be insanity. Once that move away from their products has started they may find their users like the alternatives and keep on moving.

Thankfully I have found an alternative to Reader, its called Feedley. It looks pretty good although I have found its response times to be a bit slow - although that might just be down to a surge in new users! The developers of the site anticipated the closing of reader and have enabled the programme to sync with it and upload a users RSS feeds from the soon defunct system. I'm also going to try out a couple of other feed readers as well until I find one that suits me. But whatever one I eventually settle on, it obviously won't be a Google product.


"Shutting down Reader was the idea of a nobhead. Don't do it again!"