On Sunday I went down to Crystal Palace for the SELWG show. The drive to Crystal Palace was a bit of a nightmare with both the Blackwall tunnel and the Rotherhithe Tunnel closed. I ended up crossing the river at Tower Bridge, after which I was total lost and utterly dependent on my Sat Nav.

As usual I went camera in hand and shot far too many pictures! This was the first real test of my new flash diffuser and I am pretty happy with the results. The next step is for me to work out how to increase depth of field in my pictures... but that's a subject for another post on another day. Anyway here's my final selection of pictures from Sundays event:

Once I'd arrived (and calmed down a bit) I went down into the main hall and started by working my way round the display tables. I was very impressed with the quality of some of the games on display and there were a few I hadn't seen at shows earlier in the year. One of my favourites was that by Southend Wargames: Keep Your Head Down Fritzie Boy. The terrain was very well put together but I also enjoyed the quality of the painting on the miniatures. I had a long chat with one of the guys on the table and I was impressed with his knowledge and enthusiasm of the period. The table got a nomination for Best Demo Game but lost out to the excellent Hotchwald Gap by Shepway Gamers.

During the course of the day several readers of this Blog recognised me and said hello and I have to say I got a real buzz out of meeting them. It's always good to know I'm not talking to myself. In particular I bumped into The Angry Lurker and Ray of Don't throw a 1 and (after a bit of schmoozing) got myself an invite to their groups next game! Thanks guys, I'm really looking forward to it. 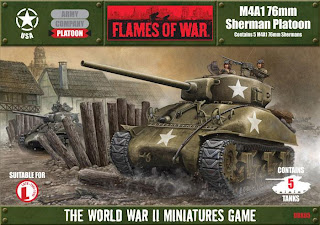 Once I'd gone round the display tables I put the camera away for a while and explored the traders. I didn't have a long list of things to buy this year but I managed to buy a Platoon of M4A1 76mm
Sherman's for FOW, some US Decals, 2 cans of Black GW undercoat and the latest Kevin Dalimore painting guide.

Some of the traders mentioned visitor numbers, and therefore takings, were down this year. Attendance did seems a little less than last year especially as the whole show was concentrated in the main hall and balcony (last year they also had a lower hall for the Bring & Buy). I'm not sure if this was just poor advertising  as one trader suggested or if gamers have finally been hit by the economy. Our hobby can be expensive but compared to the price of a Football season ticket or boozing I think playing with toy soldiers is actually very good value for money.

I hope you enjoy the pictures.
Posted by BigLee at 09:01