This picture was taken at Military Odessy in 2008 and shows confederate soldiers advancing towards the enemy (in this case, the audience!). The brightly dressed infantry on the right are Zouave's, an American version of the style and north African uniforms of earlier French units. Zouavre units were common to both the Union and the Confederate forces although the north fielded more than the south. 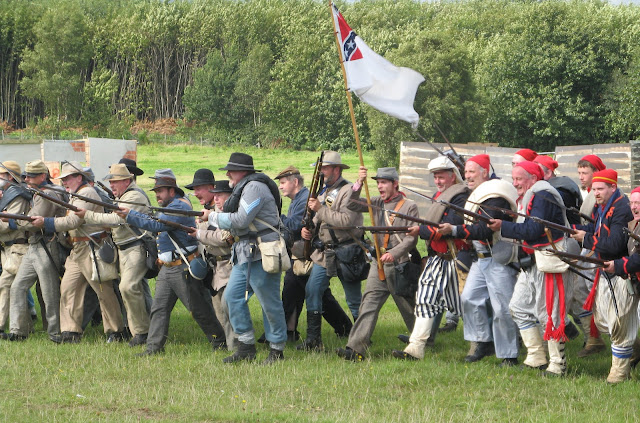 The most famous of the confederate Zouavre units were the Louisiana Tigers.
Posted by BigLee at 09:01