Following on from yesterdays post about the ACW game I played at the weekend here are a few more pictures showing the battle in progress. I couldn't begin to present a proper battle report here as most of the game I was in a state of utter confusion. However I did get a good feel for the ebb and flow of the conflict which saw Union hopes raised, dashed and raised again during the course of the afternoon. At first the battle looked like it would hinge on the Union right flank but ultimately it was the battle for the centre that decided the outcome. 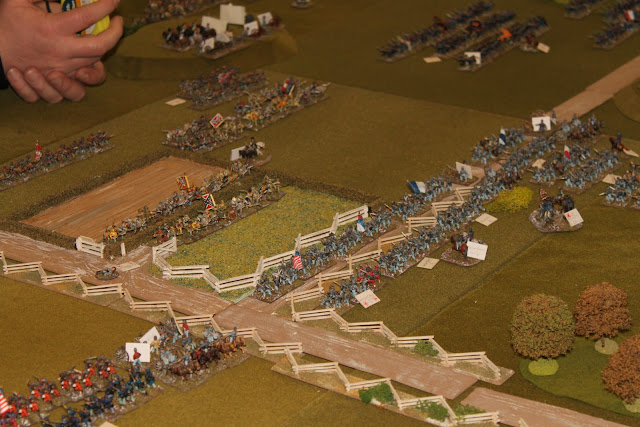 Meanwhile over on the Union left flank my Division made early progress only to falter due to poor generalship (mine, not the dice rolls). This was where I learned that canister enfilading fire hurts... it hurts a lot. If the game had gone on a further turn I'm sure the confederates would have pressed their advantage to full effect. 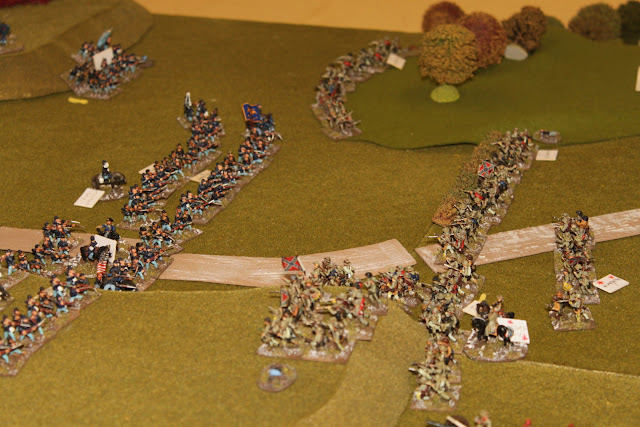 I know I keep saying it but thanks to Posties Rejects (formerly known as The Group with No Name) for inviting me. I thoroughly enjoyed myself.
Posted by BigLee at 09:01