Its my own fault really. I proclaimed loud and confident that I was recovering from my recent illness and now I'm wondering if that was not a little premature. The infection seems to be resisting all antibiotics and although it has retreated it is far from eradicated. If this isn't nipped -in-the-bud soon this bug "will develop language skills" (to quote Londo Mollari). In the meantime I'm following Doctors orders and keeping my leg elevated...which is making life very difficult not to mention boring. Thankfully the new laptop (gotta keep thanking the wife for this lovely machine) is making my 'confinement' more bearable. At least I can write now, even if there is little else I can do.


As I've already mentioned I'm currently reading some H.P.Lovecraft stories and have even had my old 3rd edition RPG rulebook out. In fact I'm quite tempted to buy the latest (d20) version of the rules with a view to running some small games. It would be a bit of a departure for my gaming group, the Dagenham Dungeon Delvers, but I think it would be fun.

I would probably have to tone down the danger levels in my games a little. Last time I ran a game I killed off all the players (oh happy days). In another game I convinced my wife to take part in a CoC game based on the story of the Reanimator, Herbert West. At a crucial moment her character slipped down a flight of stairs and was knocked unconscious, thereby missing the climactic battle at the end of the game. She wasn't amused and has never played an RPG since. I on the other hand have since learned that a GM can (and must) occasionally fudge rolls for the sake of that elusive element known as 'fun'. 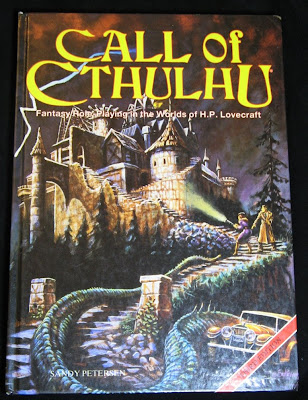 Of course if we did decide to play some CoC games I would have to paint some suitable miniatures. I have a few half finished models in my model box that could be revived and completed quickly. Although a full scale Cthulhu might be a bit ambitious... 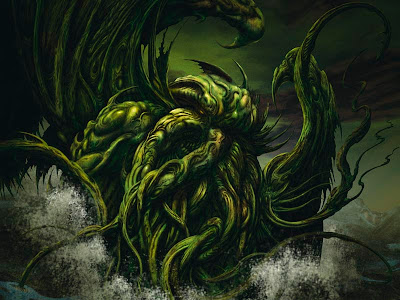