I recently posted a load of pictures from my visit to the Tank Museum at Bovington. I had wanted to visit this museum for a long time, having fond memories of a trip there in my childhood. My Dad has been scanning some old slides of his and came across a few photos from that first visit, way back in the summer of 1977.

I'm the serious looking kid in shorts and a red tracksuit top standing in front of the turret. Aside from the shock of seeing myself with hair, the first thing that leaps out is the fact that we were allowed to climb on the exhibits back then. This definitely isn't allowed now. Aside from the need to preserve the exhibits from damage (yes, I'm aware they are Tanks, but still...) I'm pretty sure Health and Safety would have a fit if they saw this happening now. There are so many kids on this vehicle I'm not even sure what it is... anyone have a clue? [a British "Tortoise" Assault Tank] 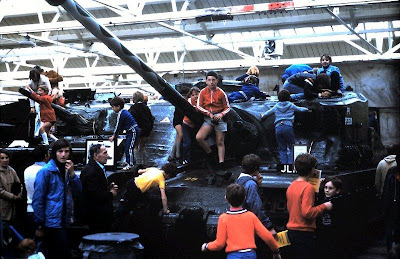 This looks like a [Mk VIII, the so called "Liberty" or "International" Tank, this as an Anglo-Americal Project]. Again smothered in kids, myself included. 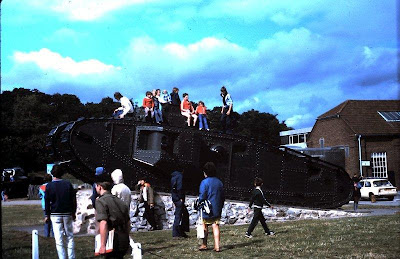 OK a Tank I recognise, the Sherman.... with me in top of the turret. 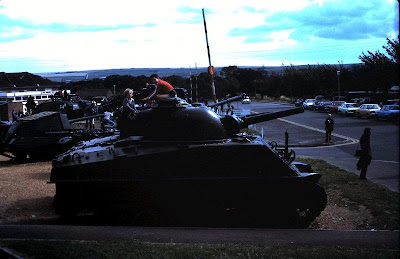 Another WWI British tank although I'm not sure which version this is [possibly a Mk IV]. 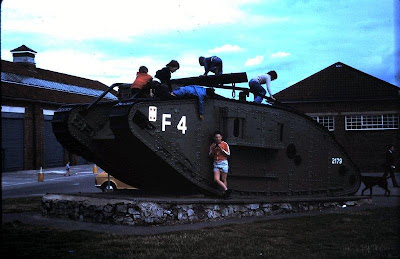 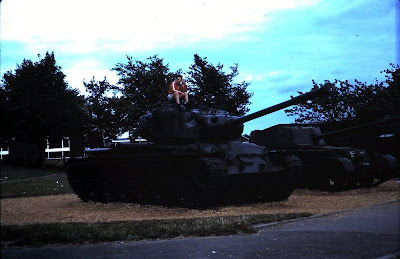 These pictures from 1977 show just how much things have changed. Most of the vehicles at Bovington are now kept inside purpose built buildings to aid their preservation. Bare in mind that some of their exhibits are over 90 years old. Clearly climbing on the vehicles is also a thing of the past, for lots of reasons. And these days my legs rarely get seen in public.