As with my last entry, I wasn't planning on painting this model, indeed I didn't even realise I had it in my lead mountain! I'm running a Normandy 44 game next weekend and couldn't pass up the opportunity to get a Churchill in the field. 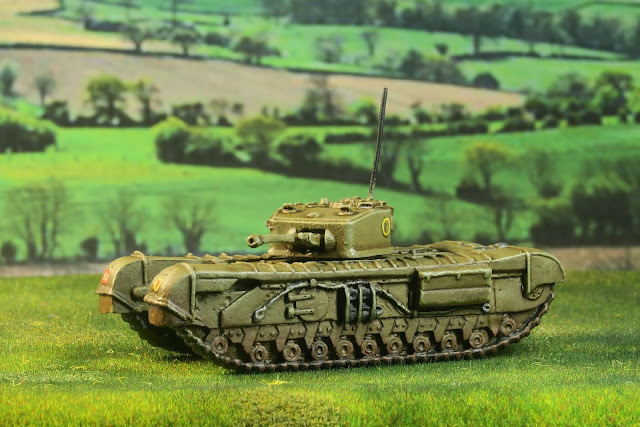 The Churchill Mark  VII was the final production model of the Churchill infantry tank and was substantially up-armoured, from a maximum armour thickness of 102 mm to 152mm. This meant the Churchill VII was one of the few Allied tanks that could go 'toe to toe' with the Tiger and have a reasonable chance of survival. 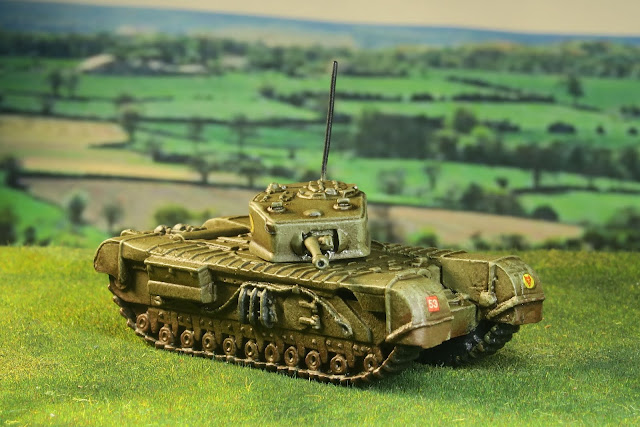 The mk VII had an improved composite cast/welded turret which had an angled lip running around the bottom to reduce shot trap. The layout of the turret was improved for easier access and it was fitted with a raised Coppola to give the commander better vision during combat. 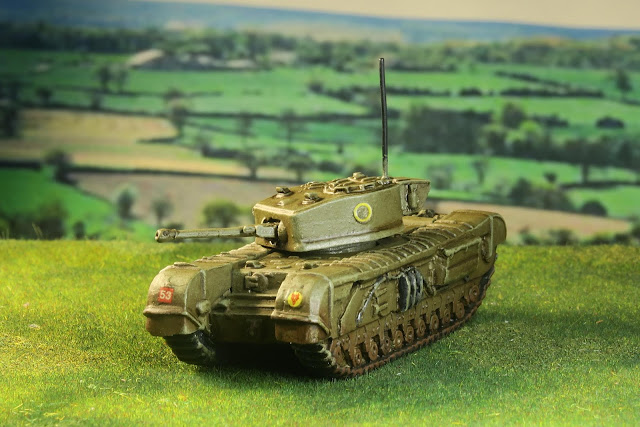 Many Churchill sevens became crocodile flamethrower tanks and some gun tanks were issued to normal infantry tank units as a replacement vehicles, so these could turn up almost anywhere. The MK VII saw service in Normandy France Holland Italy and Germany and was considered one of our best tanks of the war. A far cry from its inauspicious debut at Dieppe.
Posted by BigLee at 08:30