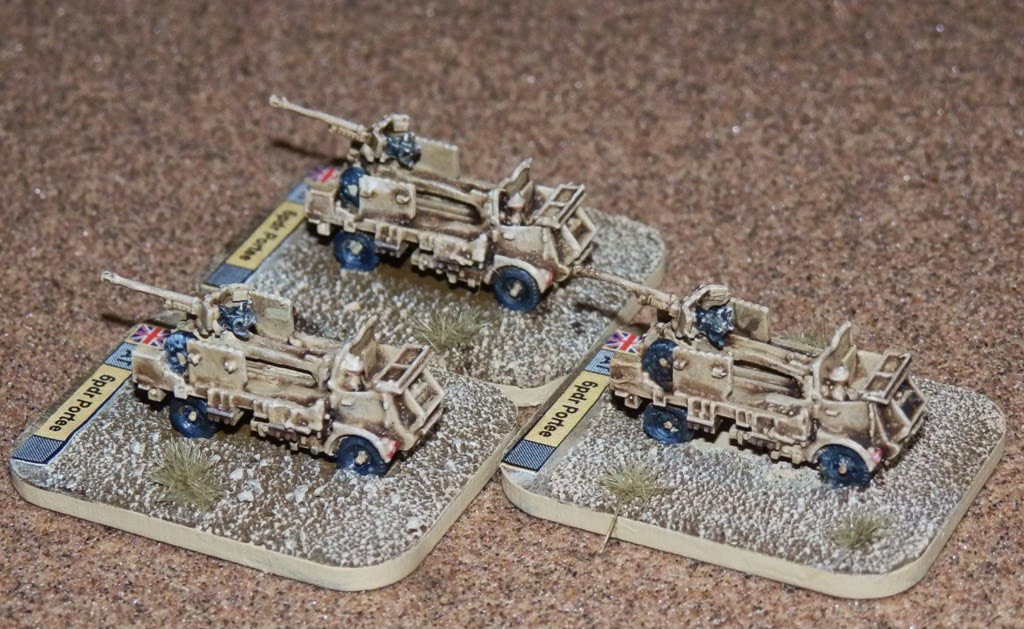 My latest 6mm North Africa Platoon to be finished is this trio of 6 pdr Portee's. Platoons in the North Africa army lists actually consist of one or two Anti Tank Gun Sections with two tanks in each section. GHQ only sell these in packs of three so I decided to paint all three anyway and recalculate the points cost accordingly (145pts for three).

The OQF 6 pdr gun has a relatively short 24" range but with an Anti-Tank of 10 and 4+ firepower the enemy ignore these at their peril. Mitigating their vulnerability at such close range the 6pd portee uses the Gun Shield rule so despite the fact that the Truck is unarmoured teams firing at the gun must make a firepower test to destroy it. These vehicles also have the Tip and Run special rule which means that they may make a Skill Test to take an additional 4" move (away from the enemy) during the Assault Phase. This extra move does not effect firing as it occurs after the fire phase and the wise player can use this little extra move to shift exposed vehicles behind cover. 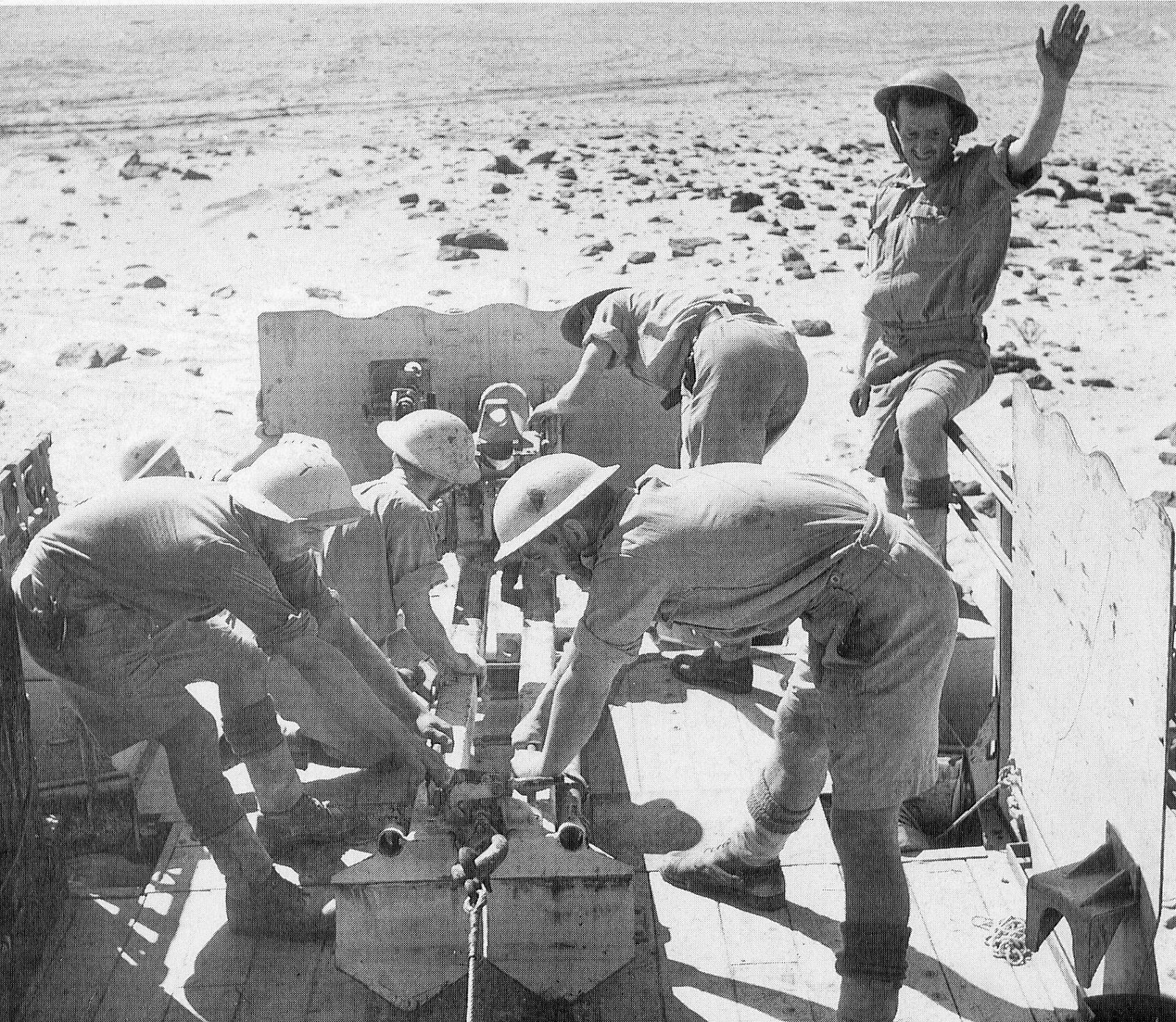 The Bedford QL 3-ton lorry was considered one of the best British designs of the war, serving in many roles from Troop Carriers to Ambulances. The Truck was easy to drive, had good ground clearance and good all round visibility. So when the army was considering ways of making its AT Guns more mobile, putting them on the back of a Bedford was an obvious choice. With a small amount of modification, and some loading ramps one of these trucks could easily carry a Ordnance Quick-Firing 6-pounder AT Gun and its crew. The idea was these guns could be quickly driven into position, offloaded and in action within minutes, but it was soon found it was also possible to fire the guns in-situ from the bed of the truck!

The six pounder gun (which actually fired a 57mm round) was the main British Tank Gun during the middle years of the war and so initially only Armour-Piercing (AP) shot was available. However from January 1943 an Armour-Piercing, Capped (APC) shot was made available followed by an Armour-Piercing, Capped, Ballistically Capped (APCBC) shot which made this gun even more effective against Axis armour. A High Explosive (HE) shell was also produced which increased the utility of this weapon as it could now effectively deal with unarmoured targets as well.

These models are from GHQ and are multi part castings with exceptional detail. The chassis and bed of the trucks are separate and need to be glued together. Likewise the gun comes in two parts and can be positioned forward or rear facing. The model also came with a brass etched frame on which to hang two side armour plates to protect the crew, but I damaged mine removing it from the packing and eventually decided to leave the frame off the models entirely. I doubt if the frame would have survived handling for very long anyway and I was able to glue the armour plates in place without them, so I have probably done myself a favour by not fitting these.
Posted by BigLee at 06:51