Picking up history on Tower Beach

Wow, what an exhausting weekend. Its been another hot one here in the South East of England and I'm not best designed for walking around in 100% humidity! This weekend is the first of the kids Summer Break and as always we are trying to fill it with interesting things for them to do. Of course if Mrs BigLee and I also enjoy it, then that's a bonus...

The first activity of the weekend was mainly aimed at my youngest daughter who has developed a keen interest in history (I wonder where she got that from?). Every year the City of London Archaeological Society runs an open day outside the Tower of London and part of this event involves opening the riverbank to the public to look for evidence from London's busy and varied past. We knew she would love the idea of getting muddy on her own Archaeological dig and we were not disappointed. 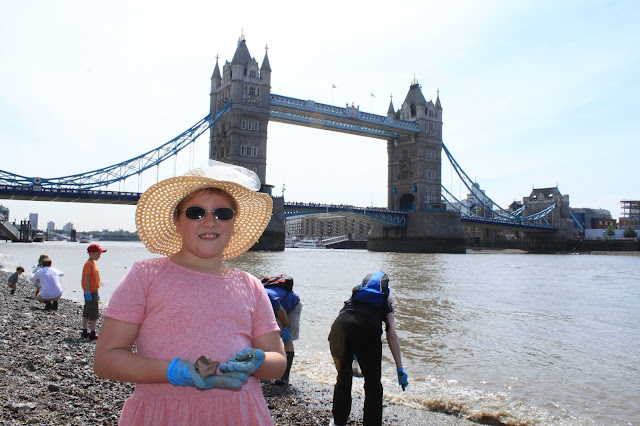 No metal detectors are allowed on the shoreline but visitors are encouraged to 'field walk' the beach looking for artifacts laying on the surface. Lots of stuff is washed up here and in the past visitors have found everything from Medieval pottery to Roman Coins. We didn't quite have the same luck but did find a Medieval Roof tile, a part of a Victorian Marmalade Jar and lots of clay pipe probably dating from the 17th and 18th Century. 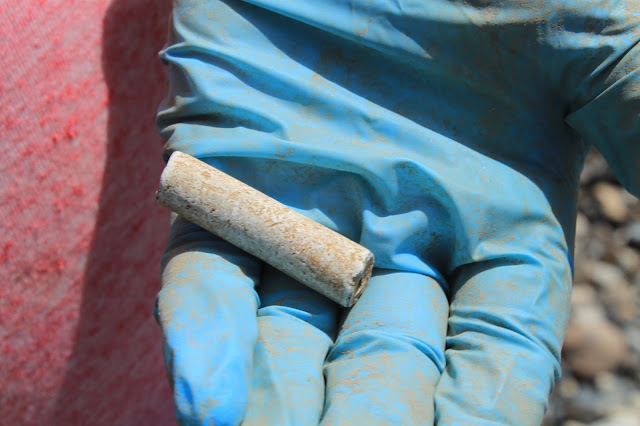 There was also a huge amount of bone to be found. Once upon a time there were lots of slaughter houses along the river and all the waste products got dumped in the nearest 'drain' (ie the Thames). Most of these industries moved away in the mid 18th century but the refuse from that period can still be found in huge quantities. We found well preserved bone from Cows, Pigs and Sheep and the Young Padawan was fascinated by it all (as were all the kids there). None of it is of huge importance to archaeologists but its presence helps illustrate a period in the rivers history in a way that no text book could adequately do, and I'm pretty sure its a lesson all the kids there will remember with ease. 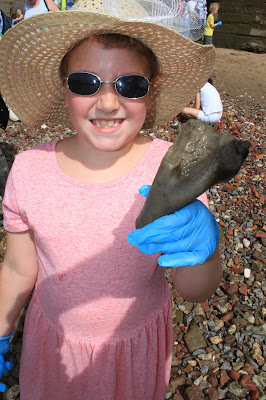 Of course its hard for the history of this location not to impress all the adults present as well. I'm a born and bred Londoner and know the city pretty well, but its not every day you get to see Traitors Gate from the other side, or see the shrapnel damage caused to the embankment from a near miss during the Blitz. 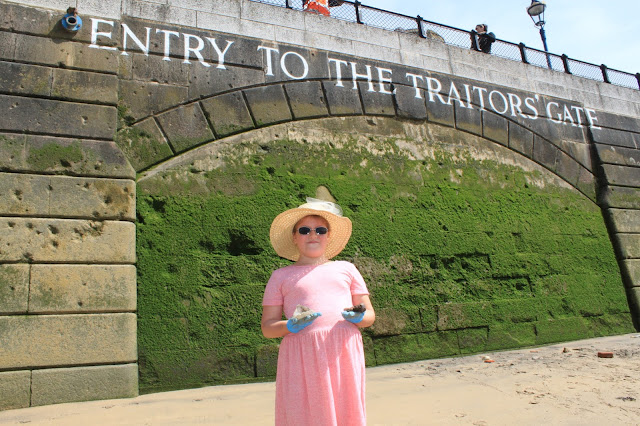 We finished the day off with a river-bus ride back to Greenwich where we had a quick look at the newly restored Cutty Sark (an 18thC Tea Clipper) before catching the train home.

On Sunday we had another day out but I'll post pictures from that in a day or two when I have had a chance to sort through my pictures.
Posted by BigLee at 07:01