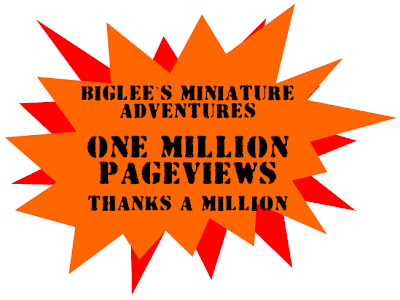 BigLee's Miniature Adventures has reached a seven digit milestone that I think is worthy of celebrating with a big Blog give-away (apparently they are all the rage among the hip blogs). Earlier today BLMA received its One Millionth Pageview since I first started writing it in January 2009. Its a humbling achievement and one that I never dreamt this Blog would reach when I first began it.

Thank you to everyone who has ever passed through and read my scribblings and enjoyed my pictures. But an especially big thank you must go out to BLMA's New Model Army of Followers who inexplicably keep coming back for more. Without your contribution the Blog wouldn't be half as much fun to write and I would probably have given up years ago.

So in recognition of the milestone, and to say thank you, I'm launching my Millionth Pageview Give-Away. There are several sets of prizes to choose from and the top three winners will get to pick one each from the following options. As well as the prizes shown below I'll try to find a little something extra to throw in as well as a surprise (don't hold your breath!). The rules are pretty standard for this sort of thing and are at the end of the post.

The Celtos Selection
As the name suggests this prize consists of a selection of blister packs from the old Celtos range from i-Kore. There are four blister packs worth of models here, although for some reason I 'merged' two packs into one blister (no idea why). So we have an Orc Musician blowing on a huge horn (ooo-er); Freja of the Valkyries; a Dwarven warrior and three human Warriors. 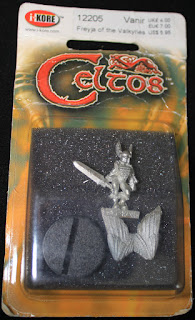 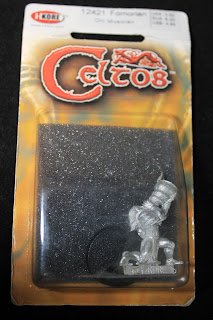 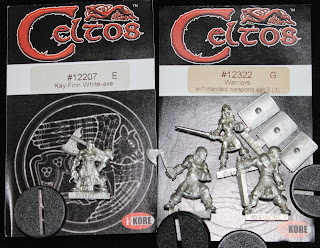 Perry Priests and Pilgrims
This prize includes two large blister packs of Priests, Monks, Pilgrims and some commoners. As well as the models from the original blister I think there some extras from other sets because these two blisters contain 19 models in total. These are 25-28mm and would fit nicely into a Saga game or into a Medieval setting. 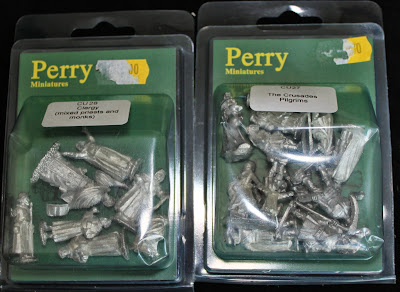 Osprey Modelling Guide
This is an excellent guide for those of you that want to stretch your painting skills a little. Being an Osprey it's written to the high standard we have all come to expect and its full of great illustrations. 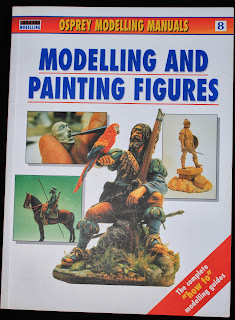 Heresy Thrud the Barbarian
This is a great model, I know because I've already got one that I painted up some years ago. In fact it was so good I bought it again only for the model to sit in my 'lead mountain' for years. This is a crying shame and its about time this great multipart model went to a good home. And just in case you've never encountered Thrud before, I've thrown in a set of five comics that will introduce you to his saga! 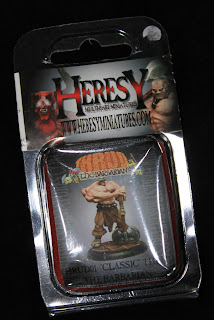 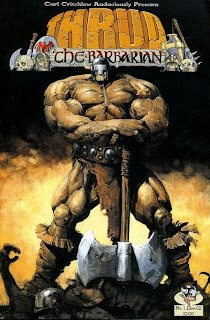 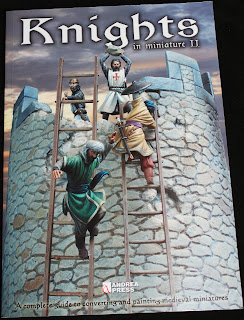 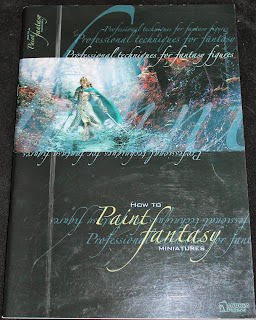 The WWII Stuff
This prize consists of a Cromwell Tank blister pack from Battlefront and an Osprey Tank spotters Guide. 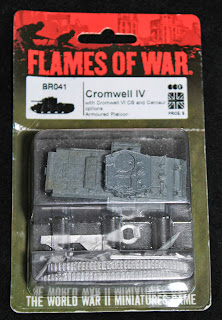 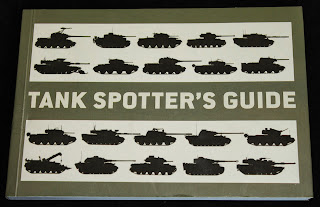 Ok, that's it for now. I may find some little extras to slip into each package but for now these are the prizes to select from. Its an eclectic mix so hopefully there's something in there for everyone. So all that remains is for me to say a big thank you to everyone for following my Blog over the last four and a half years and to wish you all the best of luck in the competition.


UPDATE 11th Jul: I am recording all the entries as the week progresses and (in order to be fair to all entrants) I am checking the eligibility of each entry as per the rules detailed above. Please make sure you are a Follower or I will have to disallow your entry (sorry).

UPDATE 12th Jul : A few people have said their comments have not appeared. A handful went to the spam folder but I have reinstated them and am monitoring the folder so nobody gets left out of the Draw on Monday. One possible reason you can't see your comments is that there are now so many there is more than one page worth! Scroll down to the 'end' of the list and just below the Comments Box it says Load More. Click that link and the second page of comments will be added and your comment is probably there, or repeat again to see the third page.
Posted by BigLee at 16:57