Dispatches from the Front

One of the things I love most about the wargaming/blogging community is the feeling of kinship and affiliation that it engenders. One of the ways this often shows itself is in the generosity of its members. This might take the form of a simple gift, the sale of items at very low prices, or prizes in Blog competitions. I count myself very lucky because in recent months I have been the recipient of all three types of generosity and its about time the donors were Mentioned in Dispatches. 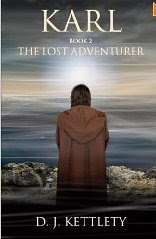 My good friend, and fellow member of the Dagenham Delvers, Derek (DJK's Fantasy World) has been mentioned several times before for his generosity. He recently turned up as a game night with a couple of books he had acquired with me in mind. I have since passed one of the books onto my Brother-in-Law as it's more in his area of interest and the other book I have kept. So Derek's random act of kindness has put a smile on two peoples faces, and that can't be bad. BTW, Derek's latest book has just gone on sale for the Kindle and it well worth checking out.

I've won a couple of competitions lately including the recent give-away on the Blog Exiles Wargames Painter belonging to James Brewerton. I picked the 15mm WWII German Platoon as my choice from the prizes listed but when they arrived I was blown away by the quality of the models I received. These are going straight on display where I can pretend - when onlookers gasp in amazement - that I painted them.

Some months ago I mentioned a batch of books I bought from David Crook (A Wargaming Odyssey). Although money changed hands for these books I consider myself to have bought myself an absolute bargain for the very modest price being asked. David was able to clear a little shelf space and raise some funds for his hobby and I received a considerable body of literature for my (at that point) fledgeling North Africa Project. This purchase has gone on to prove its great value to my project and I am still reading, learning from and enjoying these books several months on from their acquisition. 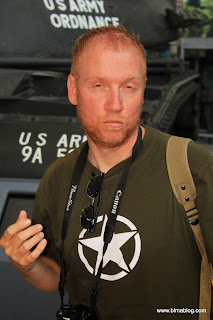 My Brother-in-Law, Wing man and good friend Raymond Newlyn gets mentioned here quite a lot, but he deserves a special mention for a book he bought me recently. I'm always after well illustrated reference books and this one is full of original photos from the North Africa campaign. I'll eventually get round to reviewing it on BLMA, if my work schedule every calms down. I'd also like to thank Raymond for taking his boots off before going to bed while we were away at Tankfest last weekend. Lets just say this was his idea of making a concession towards his room mate, something even his partner doesn't enjoy! Truly I am blessed.  ;-)

And finally I like to thank my long suffering wife, Mrs BigLee. She bought my Tankfest ticket for me (probably the best birthday present of all time) and let me off the leash for the weekend to 'geek-out' to my hearts content. The poor lass is something of a wargamers widow and I couldn't participate in my many and numerous hobby interests if it wasn't for her tolerant nature.

On a different note I have just received a 'large' order from Heroics and Ros and am about to embark upon a 'big' project for my North Africa Project. I say 'large' with my tongue firmly in my cheek because the entire Afrikakorp Infantry Company, including support vehicles and guns, came in a small A5 padded envelope and cost less that the price of a single box of 15mm Tanks. I've said it before, but I'll say it again....I'm loving 6mm!
Posted by BigLee at 12:59