Its a Hobbit thing

I was hoping to post some progress pictures from my latest painting project but it was not to be. I have a good excuse though, and its got hairy feet. Last night we had a family night out to see the new Hobbit movie. We didn't bother with the 3D version but the new format of 48 frames per second really made this a glorious film to dive into. I was initially a bit sceptical about the decision to make three films out of such a slim book, but after about half an hour watching I didn't care any more...I was just immersed in Middle Earth and didn't want it to end. 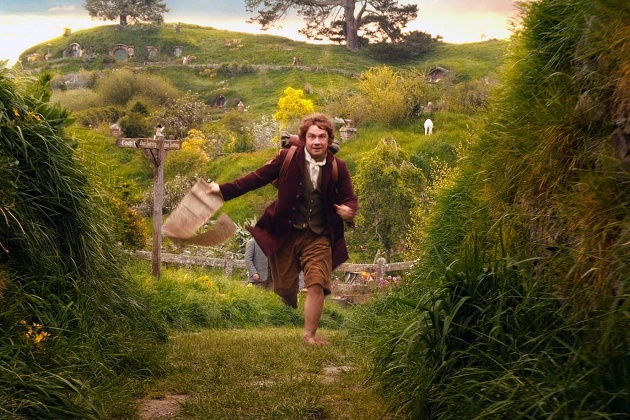 I'm a big fan of the book - I must have read it at least twenty times over the years - and for me it has a very special place in my heart. I'm also a big Lord of the Rings fan but its the story of Bilbo Baggins that has always held the greatest attraction for me, perhaps because I think Tolkein's prose is so well written he managed to fit a huge saga into a very slim book. So when I initially heard that Peter Jackson was going to make it into two films I wasn't at all surprised. But like many others when it became clear this would actually be made into a trilogy my first reaction was "oh god, what's he doing with the story"! Lets just say that having watched the first film I could happily see it turned into four or five films (OK maybe that's stretching it a bit but you get my point). First let me say that it was clear from watching this film that Peter Jackson also loves the book. There is so much detail in the film that I'm sure other Directors would have left out. I'm sure there are plenty of so called film-experts who will go on about the film being stretched out or lacking in pace or some other pseudo-technical nonsense, but frankly this isn't just another Hollywood film to be churned out using the same old tired formula. This is The Hobbit, this is Tolkein, and it deserves better. For me, Peter Jackson has achieved that. 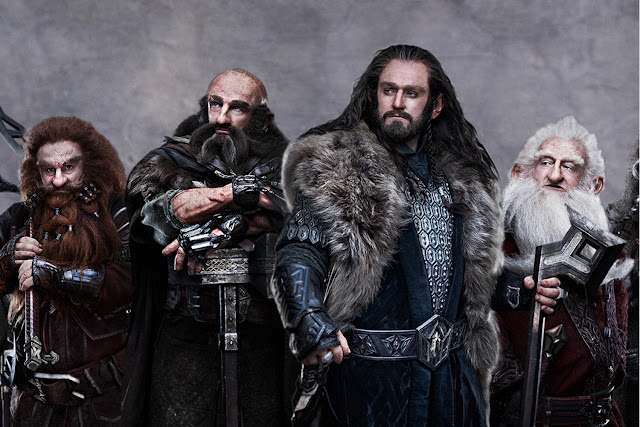 I'm not about to nominate The Hobbit for a shelf load of Oscars (although it deserves something, if only for the cinematography which was beautiful) but neither am I going to join in the anti-Jackson hype that seems to be infesting some corners of the Internet. This was a good solid film which stuck strongly - but not slavishly - to the book while providing plenty of connection to the earlier films. I don't think I'm spoiling anything if I say there is a significant amount of foreshadowing of the later events in LoTR's, and as a Tolkein fan I loved it. 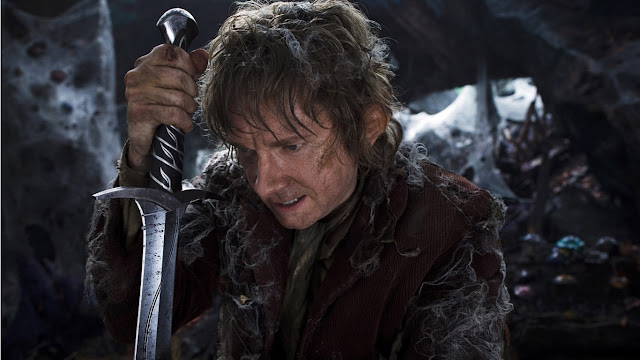 I also enjoyed the characterisation of the Dwarves and the fact that much of the humour of the book came through in the film. My youngest daughter was laughing throughout the film and I was glad that the story wasn't too dark (although it had its moments) and remained true to its origin as a children's book. This is a much lighter film in tone than the LoTR's but that was entirely appropriate because this is after all an adventure tale, not the doom laden end-of-the-world-as-we-know-it scenario of the later films. This is the tale of a stay at home hobbit who has his eyes opened to the wonder, danger and beauty of the worlds he lives in, and we are being taken along for the ride.

Like LoTR's the Hobbit is primarily a journey. The books subtitle is There and Back Again and that wonderfully describes the symmetry of the storytelling. The tale is one of a long journey and a transformational one for all the characters involved. At the start of the film trying to resolved the jumble of dwarves was confusing but by the end of the film the viewer knows each pretty well and more importantly has become emotionally invested in their adventure.

One of the big - and in my opinion utterly unfair - criticisms of the film is the fact that it has been shot in 48 fps rather than the traditional 24fps. The technique has been describes as 'hyper reality' as if that was somehow a bad thing. The crispness and clarity of the picture was astounding and I felt it made Middle-Earth (well, New Zealand) look even more beautiful than in the first three films. Some scenes literally took my breath away and I could feel myself grinning like a Kid at Christmas and thinking, "I don't want this to end". 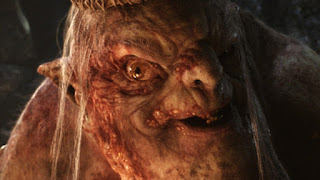 Another criticism that has been levelled at the film was that the CGI wasn't very good. This one confuses the hell out of me because I thought the CGI was amazing - most of the time I couldn't see it, even when I was looking at something that clearly couldn't exit in reality. In particular characters like Gollum and the Goblin King were so well acted and so well rendered that I forgot I wasn't watching a real person.

I suspect that most of the criticism of the film has been born out the anticipation generated by the earlier films. This might be a bit of an over generalisation but from what I have seen online many so called 'fans' had written off The Hobbit on the grounds that it wasn't The Lord of the Rings... well newsflash folks it isn't LoTR's and its a better movie for it! Go and see the film for yourself and go with an open mind and more importantly an open heart, because I think if you give this film half a chance you'll love it as much as I did.